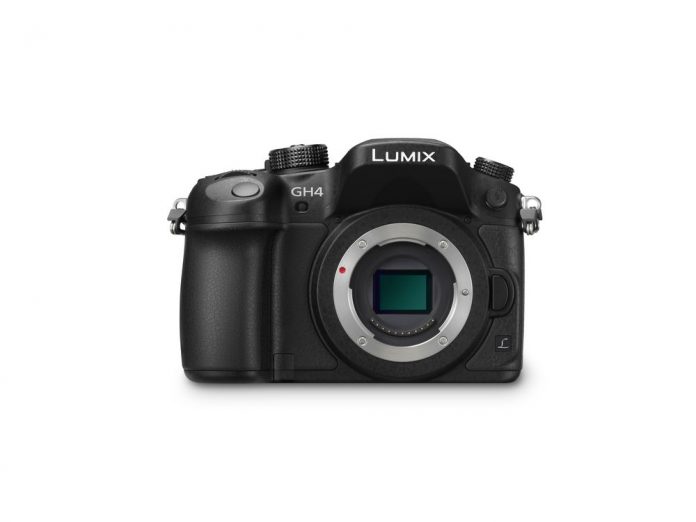 Panasonic’s firmware upgrade for their LUMIX GH4 enhances its 4K recording capabilities to enable anamorphic video recording. This method of shooting produces cinemascope aspects such as 2.39:1 or 2.35:1.The LUMIX GH4’s anamorphic mode (4:3) can record video in 3328 x 2496 pixel (approximately equivalent to 8.3 megapixel) resolution at frame rates of 23, 98, 24, 25 or 29.97. Using an anamorphic lens, video can be captured and then un-squeezed in post production, with such effects seen in anamorphic film capture as background distortion and light flare now able to be generated optically in-camera. Additionally there is the ability to use the HDMI port for outputting 4:2:2 / 10-bit output (although recording is not possible while this is in use). The firmware update also includes a further shooting enhancement in the form of a very high shutter speed of 1/16,000 sec when the camera uses its electronic shutter mode.

Also debuted was the HX-A1 wearable POV action camcorder — featuring an under 2 oz. weight that makes placing it pretty much anywhere both unobtrusive and innocuous. It possesses Full HD recording capabilities and is encased in a durable dust, shock, water and cold resistant casing. The camera includes such additions as an IR filter for night shooting (when used with an optional IR light source) and built-in Wi-Fi that can be used with a smartphone/tablet app to verify the angles prior to shooting. There is also the ability to send video from the A1 to a sub-window on Panasonic's W870/970 camcorders and so merge the two simultaneously recorded videos into a single video. The A1 can also double as a webcam when connected to a computer through a USB port.