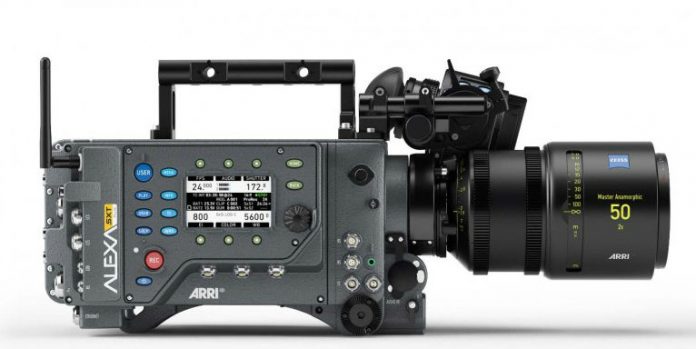 The new cameras also feature three independent HD-SDI outputs that allow each to display a different color profile; for example, providing a clean Log C image for showing to the director, a Rec 709 image appearing on the camera’s on-board monitor to display status information overlays and another Rec 709 image sent elsewhere. Any of the three outputs (or the viewfinder) can access CDL parameters and 3D LUTs once they’ve been loaded into the camera.

Media support is the same as that used currently by the ALEXA XT cameras, but there is also access to new high-speed, high capacity SXR media drives (the SXT recording system was developed by Codex). These 1TB and 2TB media drives support speeds of up to 20Gb/s, with each media family requiring its own adapter.

The ALEXA SXT cameras are planned for a release mid-2015 and comprise the ALEXA SXT EV, SXT Plus and SXT Studio models, replacing current ALEXA XT cameras with the exception of the ALEXA Classic EV. Those ALEXA cameras shipped from January 2015 to the SXT releases will receive free SXT upgrades while those with older XT cameras will be offered an SXR module for accessing all of the same features.