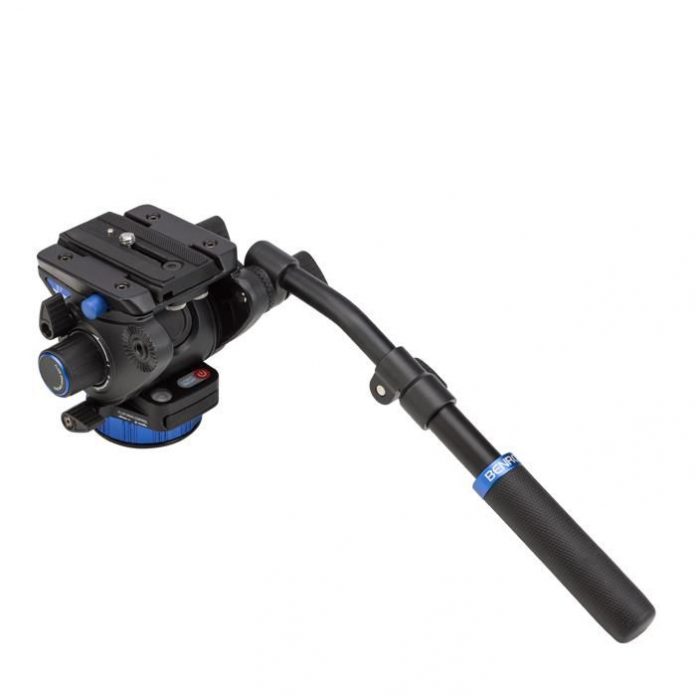 The Benro S-Series welcomes a new sibling with the addition of the S7 Video Head. Designed to provide filmmakers and cinematographers with a full-featured compact solution, the 3.2 lb. (1.4kg) S7 Video Head comes with the same flat base head design as found in the existing S-Series, which provides the versatility needed for mounting the head on sliders, jibs and half ball adapters. It is touted as being perfect for everyone from student filmmakers to documentary crews and, according to Benro’s brand manager for marketing, Brian Hynes, having a fully featured compact system like this one is ideal for the filmmaker on the go.

Also now available is the S7 Tripod Kit. The Kit comes in either carbon fiber or aluminum and has a minimum height of 11” (29cm) and a maximum height of 63” (161cm). The tripod features flip leg locks and the rubber feet include spike extrusions. A carrying case is also included.