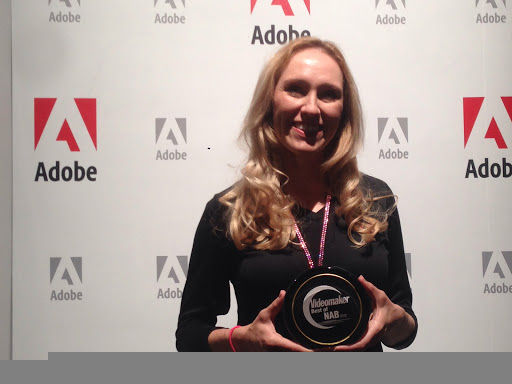 The Creative Cloud community is spreading its branches out by developing communication between mobile apps and their desktop applications. The update during this year’s NAB  focuses on color, and how you’ll get to apply it to your videos. One of the most notable is known as Project Candy, and allows a mobile app to take photos of colors in the real world and turn them into stylized looks that can help you grade your footage to look the same. Alongside this is easy transition of Adobe Premiere Clip projects on a smartphone to Premiere Pro CC on a computer.

There is a new transition you might actually use, Morph Cut will blend frames to cover jump cuts. This should save us from agonizing over those frames that are nearly invisible on the timeline and subtle in playback. Smoothing video out always feels good. When you get to Media Encoder, the new Time Tuner will help you line up times to be an exact length, this could be indispensible for commercials and broadcast content. After Effects gains the Face Tracker to make it easier to blurred out faces or objects, and the motion tracking from it is shared elsewhere more easily. Though the product isn’t new, the groups of updates sure make Premiere Pro CC a new experience. Adobe Premiere Pro CC is our Best Editing Software of NAB 2015.