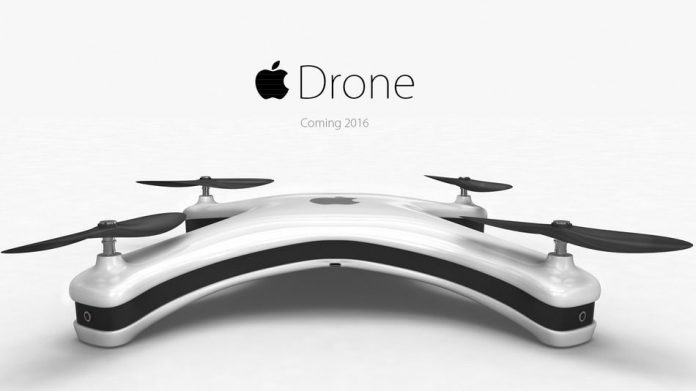 These days it seems like everyone is getting in on the drone craze. From Amazon to GoPro, companies joining the fray are becoming larger and more mainstream all the time. So what if the biggest tech company of them all decided to build a drone?

German designer and head of UAV site, Quadrocopter.org, Eric Huismann, has created something that could very well be in line with a Cupertino cloud cruiser, complete with MacBook Pro-esque colors, smooth, rounded exterior, and a host of tech that would make Woz proud.

In a series of photos on his website, Huismann shows off a very Apple take on drones, complete with iSight cameras on each arm of the drone to allow for 360-degree panorama shooting, and 4K 60 shooting as well. High speed connectivity would allow for live-streaming the footage from all of those cameras. To smooth things out, the drone is equipped with image stabilization.

Curious? Take a look at Huismann's shots below: