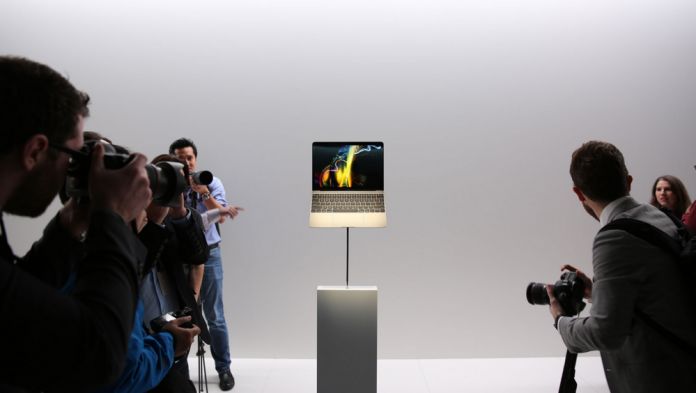 With the loss of an hour over the weekend, many of us were looking for a bright spot this Monday morning. Fortunately, the folks in Cupertino were kind enough to put on a show that took our minds off of another 40 winks.

Apple’s keynote today was a much anticipated one as it was sure to bring whatever details were still missing from the forthcoming Apple Watch. It also packed in a few surprises, which are always welcome.

From the top, Apple made official their partnership with HBO Now, the Home Box Office’s $15 a month subscription service for their premium content. The new service is free for the first month if folks sign up in April, and HBO has promised that it will go live in plenty of time to catch the new season premiere of Game of Thrones.

That announcement tied in nicely to Apple’s short and sweet Apple TV news. Here’s the long version: Apple TV is now $69. Yep. No new hardware. No Air or S appended to the name. No 4K anything. Just cheaper.

From there, Cook and Co. went on to talk about the success of Apple Pay, and the adoption of Apple Pay by more and more banks and other organizations. Coolest of all? Coca Cola is rolling out thousands of drink vending machines with Apple Pay interface built in.

Moving right along, Apple had a great presentation on their hardware and software involvement in medical research. Devices, custom apps and peripherals are working together in the fight against breast cancer, Parkinson’s Disease detection, and discovering asthma triggers. Most interesting, perhaps, was the idea of health monitoring – real-time health monitoring – not just for personal knowledge or benchmarking, a la fitbit, but as a tool for doctors. Symptoms to conditions ebb and flow, appear and disappear, and the ability to track and deliver those metrics could be an absolute game changer in medical science. Those nervous about their data being exposed to Apple will be relieved to know that there is an option to hide all of that health info from everyone, including Apple.

Ok, so we’ve got entertainment and healthcare covered. On to some hardware.

Next on the docket was something the industry expected, but perhaps not in this form. The new 12-inch Macbook was announced and, boy, does it look good. Maybe even sensational. It’s available in gold, silver and space grey, just like their portable devices, and the redesign doesn’t stop there.[image:blog_post:56068]

The new Macbook is thin and light. Like, seriously thin and seriously light. The all-metal body is 13.1mm thick on it’s thickest side by the screen hinge, and much thinner at the wrist rest. To put it into perspective, the thick end is still 24% thinner than the 11-inch Macbook Air. It also weighs just two pounds. That’s lighter than a current 11-inch Macbook Air.

New for the Macbook is a keyboard that runs the full width of the computer. Ditching traditional butterfly mechanisms for the keys, Apple has devised a clever butterfly mechanism for the now-17%-larger keys, which allows for more stable typing with better feedback and accuracy. Night typists will enjoy that the Macbook now has a single LED backlight for each key.

The Macbook is also the world’s most energy efficient notebook, with the Intel Core M processor running on just 5 watts.

The new Macbook will be available on April 10th.

The final portion of the keynote was dedicated to the Apple Watch. While there is a laundry list of new announcements regarding the watch, the most interesting ones were the price and release dates.

The aluminum-bodied Apple Watch Sport is $349 for a 38mm version and $399 for a 42mm version, with both featuring a colorful rubber watchband. The stainless steel Apple Watch is the more elegant option, with prices ranging from $549 through $1,049 for the 38mm models, and $599 through $1,099 for 42mm models. The price differences will be a result of band choices. Rounding out the collection is the Apple Watch Edition, a limited edition version of the watch in 18-karat gold ringing in at a cool $10,000. While not for everyone, the limited edition will surely make somebody very happy. At least, that is, until their kid shows them that the $350 sport has the exact same innards.[image:blog_post:56067]

Other cool stuff they showed off about the watch include the myriad face options, fitness tracking capabilities, and health functions. The Watch includes a heart rate monitor, and all of the trackers found in popular fitness bands and wearables.

Ex-Adobe tech-maestro Kevin Lynch walked the crowd through many of the watch’s messaging and call capabilities, which looked to be more thought through than when the watch was initially previewed. Sending audio texts and making calls using the watch’s integrated speaker and microphone will surely have California police wondering where the line is drawn for device usage on the road.

This writer, for one, can’t wait to make a phone call with a watch when they ship April 24th. Pre-orders are possible as of April 10th.