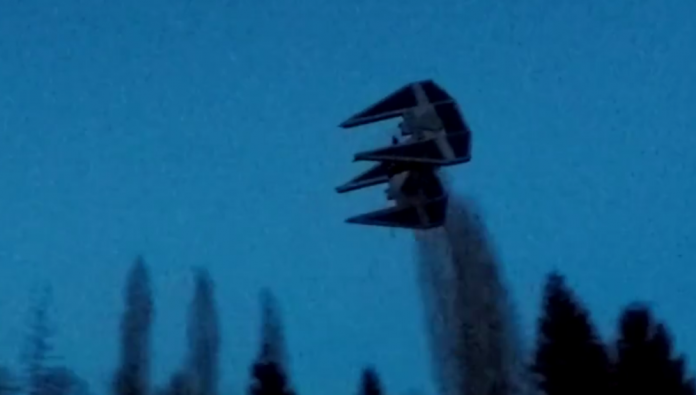 Not that long ago, a gentleman named Olivier C posted a video to YouTube of a Millennium Falcon that he created. A working, drone-powered Millennium Falcon. Well, be prepared to revisit a wretched hive of scum and villainy once again.

Designed in AutoCAD and built over several days, Olivier meticulously crafted a drone that would Make George Lucas proud. His TIE fighter has working lights, and has had many successful test flights after some difficulty finding balance in early versions.

Check out the video to see the TIE fighter in all of it’s glory:

For more about Olivier C’s builds, visit this link: http://www.rcgroups.com/forums/member.php?u=50692

Here’s what went into the TIE fighter build: