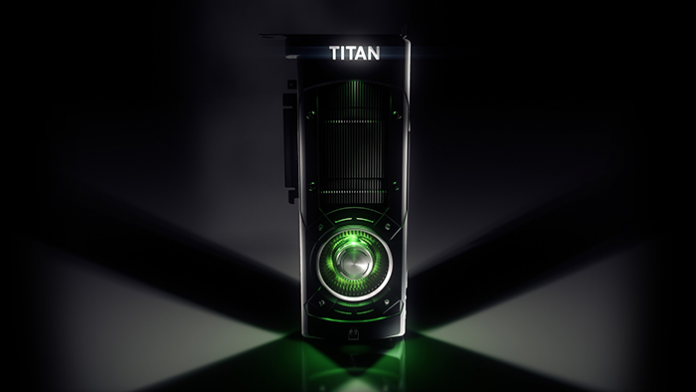 While details are still scarce—NVIDIA has their own conference in a few weeks, where we are assured to hear more—the Titan X is based on NVIDIA’s new Maxwell architecture, packs 12 gigabytes of VRAM, and is crammed with more than 8 billion transistors. That’s a billion more than last year’s Titan Z.

With NVIDIA’s conference just around the corner, the announcement might have surprised some, but there’s good reason for it. The Titan X powers an ambitious VR experience called Thief in the Shadows, which is a collaboration between Epic Games, Oculus and Weta Digital that puts gamers in the role of someone exploring Smaug’s (the dragon from The Hobbit) treasure filled cave.[image:blog_post:56030]

The announcement was pretty dramatic. Epic’s Founder and CEO Tim Sweeney said that the VR experience in Theif in the Shadows is so powerful that it requires a new graphics solution with unprecedented capabilities that aren’t currently available. “Does anyone have any ideas how we can do this?” he asked the crowd.[image:blog_post:56029]

A moment of silence. Fidgeting. Then, NVIDIA CEO Jen-Hsun Huang emerged from the back of the room, saying he had one. He then unwrapped a box artfully labeled TITAN X, thus unveiling the company’s new top-end GPU.

Stay tuned for more information about the Titan X. While it was developed with gamers in mind, it will no doubt be powering more than a few production towers through their renders.