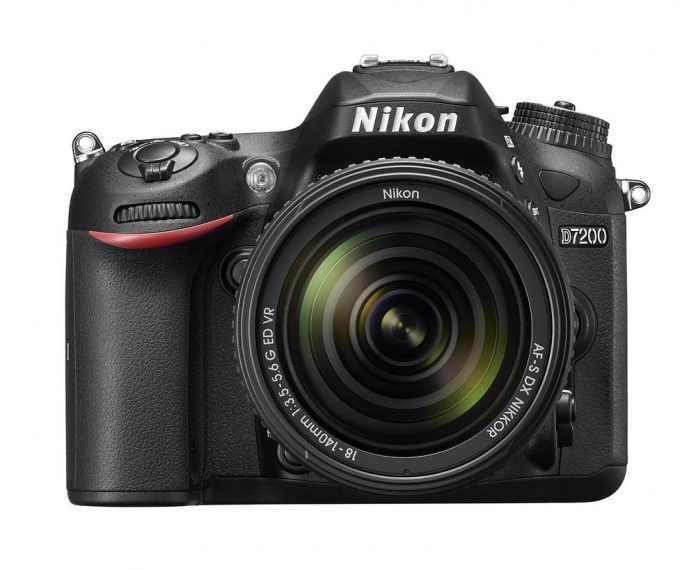 Late last night, Nikon announced two new cameras to their DSLR and COOLPIX lineups, including the D7200 DX-Format DSLR, and the COOLPIX P900 long zoom compact camera. The D7200 boasts an impressive 24.2-megapixels CMOS sensor, while the P900 features an insane 83x optical zoom range. Rounding out the announcements was news on the ME-W1 wireless microphone, which should prove a winner with mobile and entry level videographers.

Nikon’s crop sensor DSLR lineup just got even stronger with the announcement of the D7100’s replacement. The D7200 inherits many of the high end video capabilities of the pricier full frame D810 and D750. It can record uncompressed and compressed 1080p at 30, 25 and 24 frames per second, with a 1.3x crop mode allowing for 1080p at 50 and 60 frames per second.[image:blog_post:55982]

Beefing up the video capabilities of the D7200 seemed to be on Nikon’s radar, with the addition of manual mode Auto ISO sensitivity, which helps create smooth exposure transitions without changing shutter speed or aperture, while the zebra display can still be used to confirm exposure.

Video controls can be accessed easily through a dedicated movie menu, and those looking for sweet audio will be relieved to find a built in stereo microphone with 20 step adjustments. DSLR audio has historically been abysmal, so any step toward good DSLR sound is a good one.[image:blog_post:55983]

Rounding out the features for those of us interested in moving pictures, the D7200 is Nikon’s first ever DX-format DSLR to feature built-in time-lapse shooting. The Time Lapse Mode features exposure smoothing, to help smooth out exposure transitioning over the course of the lapse shoot.

Features that will appeal to video and still shooters alike include the 2.3-inch ultra high-resolution (1,229k dot) LCD monitor, a low-power consumption organic EL (OLED) display element in the optical viewfinder, a strong and light magnesium alloy body, and enough wi-fi and NFC connectivity to make a smartphone blush.

The engine behind these images needs mention as well, as the D7200 has a lovely 24.2-megapixel DX-format CMOS sensor with no optical low-pass filter (OLPF) aided by the EXPEED 4 image processing system.

Additionally, the D7200 features a pro 51-point autofocus array, driven by a new Advanced Multi-CAM 3500II DX high-density system. The AF points cover a wide DX-format area, and nearly the entire frame using 1.3x crop mode. 15 cross type sensors make focusing on moving subjects simple, even in low light. Impressively, the center point works down to f/8, meaning it will work well with compatible teleconverters.
?The Nikon D7200 will be available in early April 2015 either body only or kitted with the AF-S DX NIKKOR 18-140mm f/3.5-5.6G ED VR for suggested retail prices (SRP) of $1,199.95* and $1,699.95*, respectively.

In addition to zooming endlessly, the P900 has a sweet 16-megapixel sensor, captures Full HD video, and has a cool Vari-angle 3-inch 921K-dot LCD display.