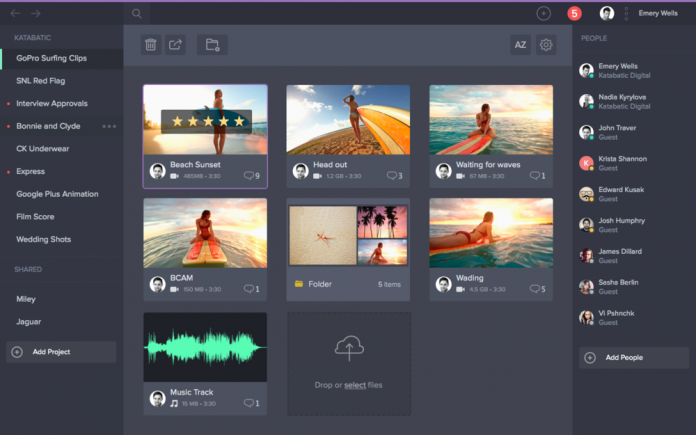 Frame.io today announced the launch of their video review, collaboration and sharing platform for creative media teams. The launch follows a six month private beta, working out the bugs with premiere clients such as Facebook, CNN, Nike, NBC and others.

In fact, quite a few others. Frame.io worked with feedback from over 680 users representing 150 companies.

The idea behind the site, as Frame.io’s press release states, is to “replace the hodgepodge of Dropbox for file sharing, Vimeo for video review, and e-mail for communication.” While the release is succinct, the mission for the site is best put in the words of Emery Wells, co-Founder and CEO of Frame.io:

“Frame.io is a media collaboration platform that makes it dead simple to work with your team when working on video, audio, or photo related projects. We combine file sharing, media review, and communication into one seamless experience. We built Frame.io after years of frustration as professional content creators ourselves. I previously founded a media post-production company that created hundreds of digital shorts for Saturday Night Live and thousands of commercials. The process of working with our clients and vendors was always a complete mess and required 3 or 4 web platforms just to get the job done. Frame.io solves this mess and is offering tools previously only available to movie studios and making them available to anyone that works with and creates media. We’re offering a multi-media experience that’s never been seen on the web before. Desktop like performance, right in a browser. It took some serious engineering to get it right. 3 years worth.”

Some key features of the platform include:
? Accelerated uploading in the browser for fast and efficient media file loading;
? Cloud transcoding of video assets for guaranteed playback on any device; with support for professional formats;
? Hover scrubbing for instant preview of clips;
? Seamless drag and drop interface for simple manipulation of files, content and communications;
? Private workspace for managing separate projects;
? Time-based, frame-specific comments and annotations for clearer communication;
? Side by side version comparison for clear, simple view of changes between versions;

Additionally, Frame.io works on the idea of being a social platform, with actions tied directly to individual users. When participating on teams, other team members can be notified of what every other team member is working on. The idea is that users can function on teams in a private workspace for that project, with tools and functions to make communication and collaboration easier.

Check out Frame.io’s launch video for some more information about the vision of the site:

And to get a clearer view of how Frame.io works, take a peek at their UI demo video:

Frame.io is widely available now, with free trials, plans as inexpensive as $15 per month, and a scaled pricing model based on usage.

The online review, collaboration and approval space is one of the most hotly contested emerging markets in the video production space. Which platform, if any, will you choose? Let us know in the comments, or hit us up on Twitter @Videomaker