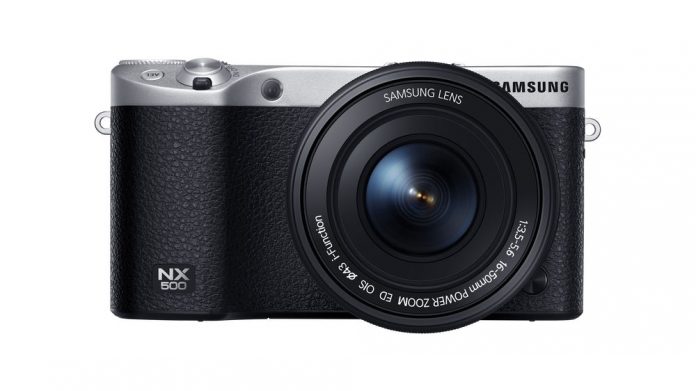 Samsung today announced the launch of the NX500, a compact shooter with power comparable to much larger competitors. The attractive new compact houses much of the core functionality of the NX1, acting as the heir apparent of the lineup, only at a smaller size and lower price.

Good looks aren’t the only thing the NX500 has going for it. Sporting a 28MP BSI APS-C sensor, the NX500 is capable of 4K and UHD video recording. The HEVC Codec used by the NX500 takes high quality video compression to another level, promising half the file size and bit rate of H.264 footage without any quality loss. Quality and shot clarity is courtesy of the DRIMeV image processor, and NX AF system III.[image:blog_post:55668]

Sangmoo Kim, Senior Vice President of IT & Mobile Communication at Samsung Electronics, had this to say about the new camera: “The compact size of the NX500 and its revolutionary shooting and focus speed allows consumers to enjoy superb image quality. We’re redefining what is possible for people who aren’t professional photographers, and offering everyone the ability to capture their signature moments in every shot.”

Beyond image quality, the NX500 features an Interval Capture mode for capturing UHD time-lapse video directly on the camera, without the need for an external intervalometer or still processing on a computer after shooting.

In the same spirit as a handful of recent cameras, the NX500 has a tilt and flip up display and universally comfortable grip, allowing for easy selfie shooting.

Add Wi-Fi, Bluetooth and NFC connectivity to a $799 price tag with 16-50mm kit lens, and expect lineups for the white, black or brown NX500 in March of this year, when the camera will be going on sale globally.