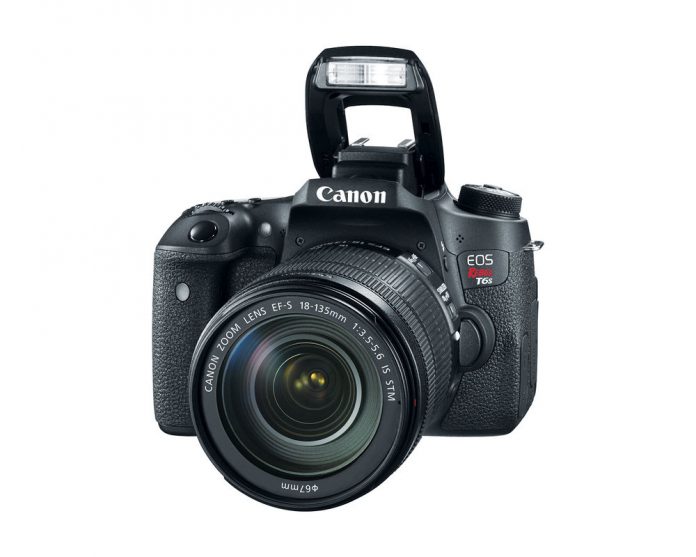 Those 24.2 megapixel Canon CMOS imaging sensors are proven through extensive ISO ranges of 100-12800 (expandable to 25600), thanks to the high performance DIGIC 6 image processors on board. Aiding in shot performance is Canon’s new Hybrid CMOS AF III image sensor-embedded autofocus system, which works for both Live View still shooting and HD movie shooting.[image:blog_post:55689]

Speaking of which, the EOS Rebel T6s and EOS Rebel T6i cameras both feature a movie mode which captures 1080p video up to 30 fps in MP4 format, which allows for great quality footage and easy movie distribution. Manual exposure control, digital zoom and an external stereo microphone jack are provided on the EOS Rebel T6s.

“The Canon EOS Rebel series is one of the most popular lines of DSLR cameras on the market, and we are proud to continue to innovate and upgrade this line with features such as wireless connectivity and improved image capture capabilities,” said Yuichi Ishizuka, president and COO, Canon U.S.A., Inc. “As the popularity of this line grows with consumers, we’re excited to launch the EOS Rebel T6s as our new flagship camera in the Rebel line, as well as have another budget-conscious offering in the line with the Rebel T6i.”

Long satisfied with the i-series of Rebels, such as the Canon T5i, Canon has upped the ante with the addition of the T6s. The T6s adds features such as a top LCD panel and Quick Control Dial, a couple of tricks usually left up the sleeves of higher end DSLRs.

The addition of a high dynamic range (HDR) movie mode and integrated horizontal level make the T6s a movie-maker’s ideal pick in this category.

Rounding out a mammoth day of announcements, which included new flagship EOS models, the two Rebels, two new PowerShots and a tease of a new point and shoot camera, came the announcement of some new glass.

Adding to Canon’s prestigious L-series lenses is the all-new Canon EF 11-24mm f/4L USM ultra wide-angle zoom lens, offering the widest angle of view ever achieved for a rectilinear full-frame DSLR lens at 126º05’ diagonal and a minimum focus distance of 11 inches at 24mm.[image:blog_post:55690]

With an angle of view that wide, videomakers might be sweating aberrations and lens distortion, but Canon promises an impressive ability to retain straight lines.

As attractive as the new 11-24 L-series is going to be to video pros, they’ll need to save their pennies. It is scheduled to be available in late February 2015 for an estimated retail price of $2,999.00. For more information visit: http://www.usa.canon.com/cusa/professional/products/lenses/ef_lens_lineup/lens_uw_pro