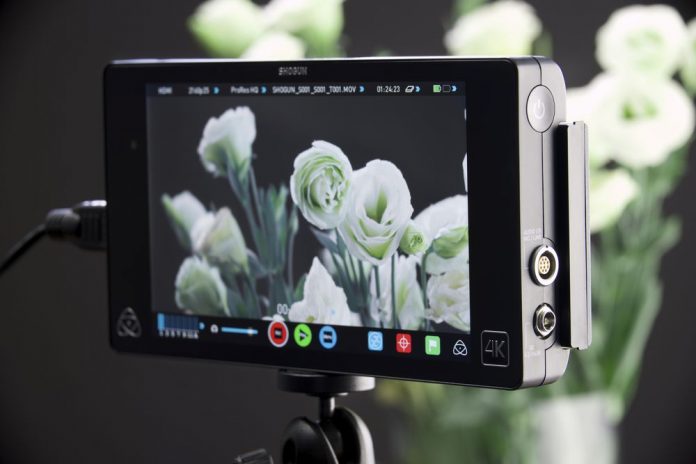 Atomos chose BVE 2015 as the launch pad for exciting news about a free firmware update packed full of new features for their 4K Shogun recorder. The update, to arrive at the end of February 2015, will feature, among other things, the implementation of Avid DNxHR 4K recording, playback, play-out and editing for the Shogun.

Additionally, Atomos confirmed the update will include DNxHD recording, 3D LUTs and 4KUHD to HD Down Convert, as well. Atomos sums up the update to the acclaimed device:

The Shogun is a trailblazer in the 4K/HD Monitor/Recorder space, being the first to include 12G SDI & 4K HDMI connections, the first with SDI to HDMI and HDMI to SDI conversion, the first pro monitor with pixel density in excess of 330ppi, and the first with balanced XLR audio in/out.

With the addition of the DNxHR, creative types will have greater freedom to work within the AVID framework, with a greater range of resolutions, from lightweight proxies to mastering-quality HD or 4K.

Atomos has done something amazing with their lineup of monitor/recorders. They have created tools that have bridged the camera world to the post production world, by building in functionality which streamlines post production workflows directly at the point of capture.

Is Atomos part of your current workflow? Are you looking to add a Shogun to your bag of kit? Let us know in the comments, or hit us up on Twitter @Videomaker