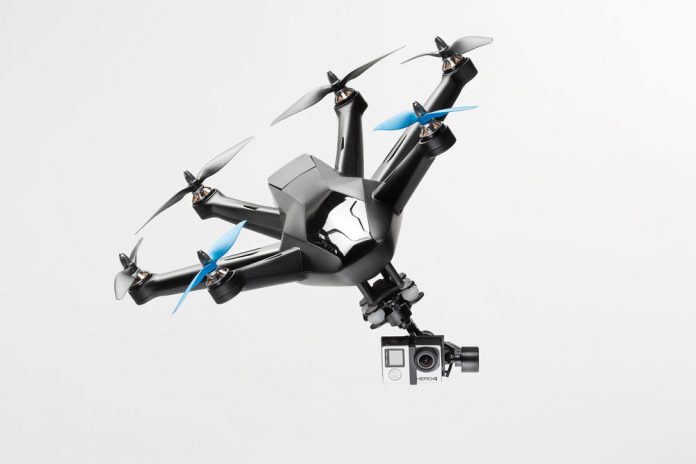 Making drones simple is no easy task and Squadrone System separated itself from others at CES and aims to make the HEXO+ right. Their Kickstarter campaign went way over goal, so we know there’s great investment behind this drone. The app makes shooting with the HEXO+ as hands-off as possible. With no remote control, there’s no piloting necessary, it can land and take off autonomously, while you chose the angle: front, back, sides, close or far.

You do need to provide your own GoPro HERO camera, as the 3D gimbal uses this mount. A nice touch are the blue propellers that show the orientation of the camera. Squadrone System notes saving you time in the of scouring footage and using gaffer’s tape, we’re still excited to get decently framed shots, with no pilot behind the drone. For $1,150, you can order a HEXO+, and it will ship in September 2015.

We are pleased to award the HEXO+ as Best Drone at CES 2015.