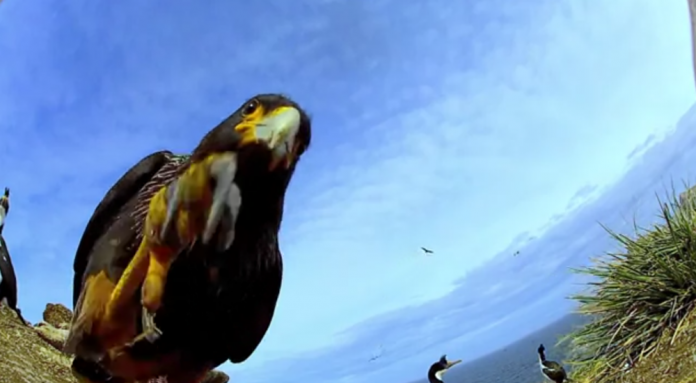 A couple of years ago, a production crew looking to shoot a BBC series set out spy cameras to capture a unique perspective of a colony of Rockhopper Penguins. What they ended up capturing was far more interesting. Take a look, as a Striated Caracara finds the cleverly disguised camera and gets to work as stand in camera operator.

For the series, John Downer Productions captured 1,000 hours of up close and personal footage, missing almost nothing. To capture this much amazing material, Spycams played a key role in the 165 days of filming. Not only were there "eggcams" such as the one shown in the video, but animatronic full-size "penguincams". The penguincams are a pretty incredible development. They walk, get up when knocked over, have cameras in their eyes, and – get this – can lay "eggcams". In total, John's company deployed 50 spycams.