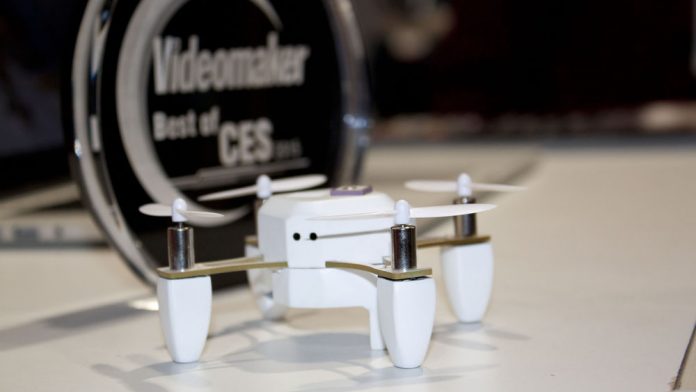 We seen drones, we’ve seen remote shutters and now at CES, we’ve seen the ZANO, a nano drone. It’s small, with four tiny propellers, an onboard flash and Wi-Fi module, and could pass as a Transformer toy. ZANO can hold it’s position in air, use a timer, have it’s batteries changed or charge up via Micro USB. It can be commanded to come back-to-base and follow your phone which helps it behave more like a pet. You might even name a ZANO, who knows, at $170, it may be cheaper than owning a pet. For making video capture with a drone accessible and convenient, the ZANO is a standout at CES. ZANO is set to be available in June 2015, with optional accessories, in-app purchases, and black or white. For the Kickstarter, the Torquing Group Ltd. created limited edition versions in camouflage and glow in the dark.

We are pleased to award the ZANO as Best Gadget at CES 2015.