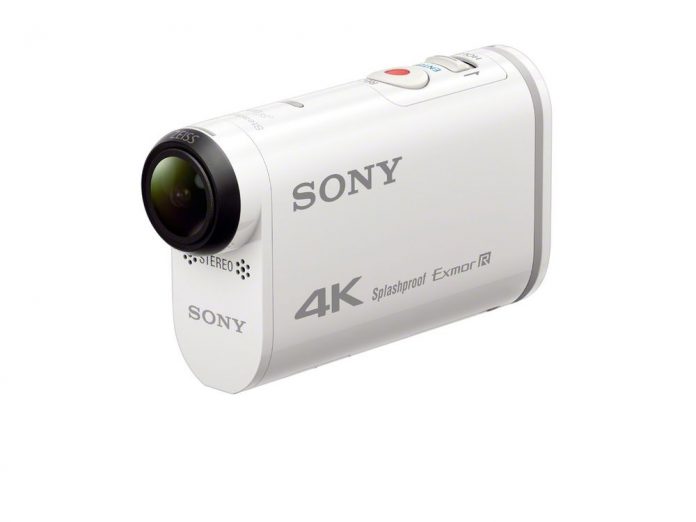 Cameras from Sony get smaller. This is a trend that we’ve seen at CES for quite some time, and the smaller they get, the more features per square inch a user gets. Speaking of inches, the back-illuminated Exmor R CMOS sensors on both the HDR-AS200V and the FDR-X100V are 1/2.3-inches, that’s bigger than many camcorders. The biggest differences between these cameras are in the most notable areas, resolution and recording options. The HDR-AS200V can get you by with 1920×1080 at 60p, while the FDR-X100V turns it up with 3840×2160 at 30p and 24p, and a 1280×720, 240fps option. The other difference is the record button being located on top of the FDR-X1000V.

The two options here both retain white casing and make a stark contrast from the darker themed cameras floating around. The included case adds four proofs, protection against water, splashes, dust, and shocks. The connectivity is varied with NFC, Wi-Fi, USB and a Memory Stick Micro/Micro SD/SDHC/SDXC slot. Tiny cameras rarely have the space for mic jacks and composite video outs, but the HDR-AS200V and FDR-X100V have both in addition to micro HDMI out. You’ll find the HDR-AS200V for $300 and the FDR-X100V for $500, both in March.