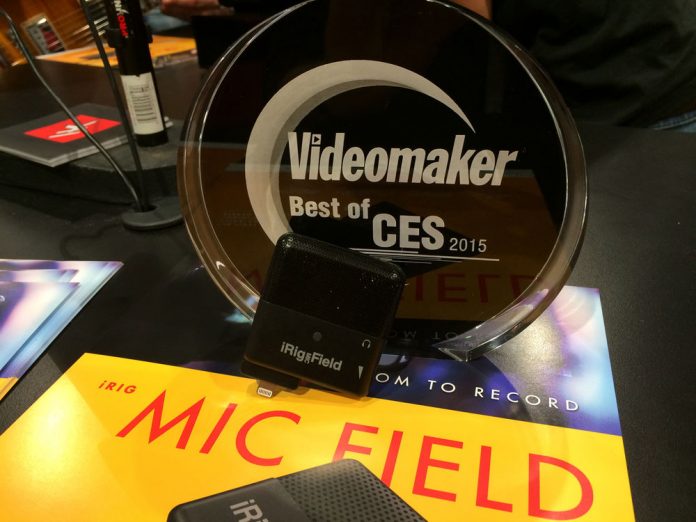 The iRig Mic Field from IK Multimedia attaches to an iPhone, iPad or iPod Touch and becomes an audio recorder. By combining with the iRig Recorder app, it becomes very easy to get audio at 24-bit 44.1/48kHz sampling with 115dB maximum SPL and a low-noise pre-amp. The app is $8 and has a free version. The mic is a cardioid condenser and is conducive to being carried in a pocket. The iRig Mic Field can rotate 90-degrees for easier use in landscape or portrait orientations. It also provides you a separate gain control. All power to the iRig Mic Field comes from the iOS device, through the lightning connector in iPhone 5 and newer devices. The mic jack and price of $100 make the iRig Mic Field very appealing to videographers that want either a secondary recording, or a fast and small audio recording option.

We are pleased to award the iRig Mic Field as the Best Mic at CES 2015.