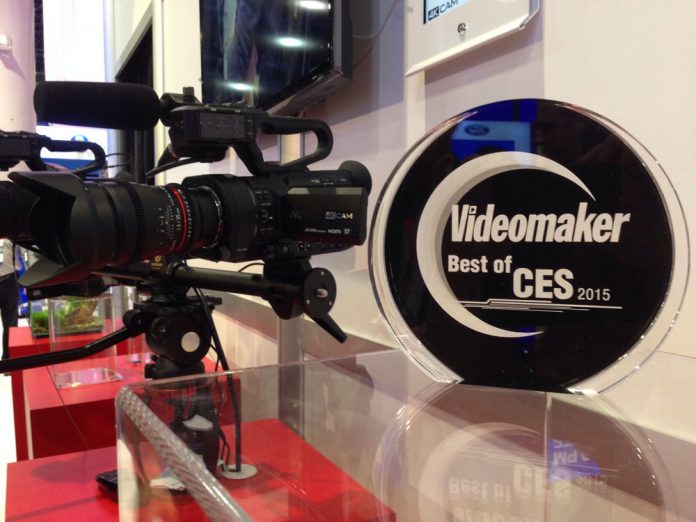 JVC gets professional with a camera that we saw in a glass case many months ago. The GY-LS300 4K is the first interchangeable lens 4K camera from JVC. Not only can it use different lenses, it has electronics that help it accept lenses from many third parties and adjusts the sensor to accomodate. Enough internally, the GY-LS300 is great externally, as in getting video distributed. It’ll show what it shoots well by streaming directly from the camera along with simultaneous recording to two formats. JVC is a pioneer once again in making 4K video accessible to many more people. We are pleased to award the JVC GY-LS300 4K as the Best Camcorder at CES 2015.