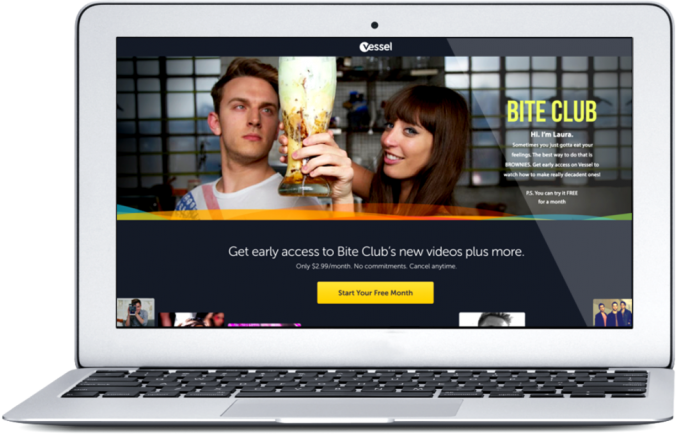 Video platform, Vessel, launched this week, and has essentially fired a shot across the bow of YouTube by looking to attract some of the platform’s top content creators. While competing in a YouTube-dominated space is going to be an uphill battle, $75 million in venture capital cash and being helmed by former Hulu CEO Jason Kilar ought to help.

With video platforms coming and going with relative frequency, the need to distinguish oneself from the pack is key. Vessel has done just that by tilting the balance in favor of the content creator. In addition to luring YouTube stars such as Rhett & Link with big paydays, Vessel has made the potential for a lucrative career as a web video creator seem far more possible, with higher payouts relative to their video plays.

To make all of this possible may be Vessel’s biggest hurdle yet — a paid subscription model. While there is a free tier supported by advertising, those who want early access to content will have to join for $2.99 per month.

Tell your fans to check your videos out on Vessel — if they opt for early access and stick around past the no-commitment free trial, you’ll receive another $7 referral fee.

Be sure to check out Vessel's website for more information.

What do you think of a video platform with paid subscription model as well as ads? Let us know in the comments or hit us up on Twitter @Videomaker