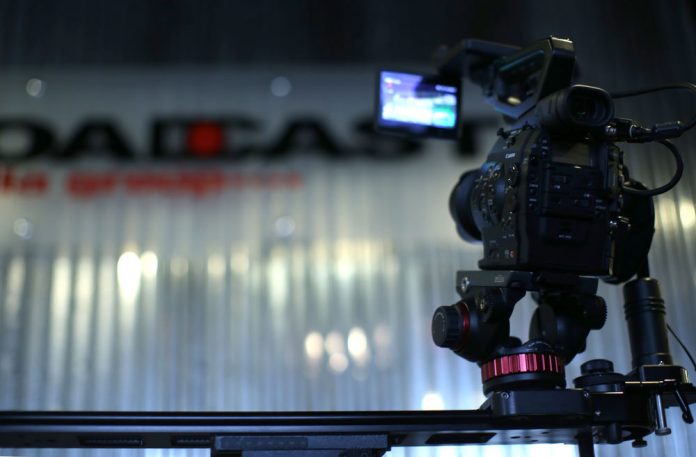 Like many production studios, Robbie Coblentz’s Broadcast Media Group grew from humble roots. Back in the mid-90s, Coblentz was working as General Manager for a low-powered local television station owned by a large Methodist church in Mississippi. While a church owning and operating a small tv network is a unique arrangement in itself, the bonus was that Coblentz was given the freedom to run the operation as a commercial television station. Shows like The Wonder Years and Entertainment Tonight filled the airwaves, along with movie packages and other programming, all pushed out using a Super-VHS based system.[image:blog_post:55154]

Eventually, the cable folks in Starkville got in touch with Coblentz and asked about their ability to pick up more production work. They were downsizing and required a studio to take over producing their commercial content. After a chat with his superiors, it was made clear that the small station was not going to take the opportunity.

This gave Robbie an idea. He immediately asked for clearance from his bosses to take the work on as a freelancer on the side while he continued to manage the station, and they agreed.

Armed with Adobe Premiere 4.2, a Radius Video Vision card in a Power Mac 8100/80 (as in 80Mhz) and a personality that’s impossible to dislike, Broadcast Media Group was born.

With the strong production background gained from six years of station management, and an unabashed desire to stay at the bleeding edge of technology, Coblentz was able to cope with the technical limitations of tape, the heft of the equipment, and — thanks to the steady work he started out with — the relatively high cost of entry in those days.[image:blog_post:55153]

Of course, there were lessons to be learned. By 1998, Coblentz had left working for the station and had built BMG to the point of hiring a full-time staff member, a couple of part-timers and seasonal interns. The time to take the side-gig to full time success had come. As most of us have experienced, learning usually comes the hard way in this business, and Coblentz’s experience was no different.

As is still the case, smaller, lower cost gigs were prevalent, and Coblentz reached for the low-hanging fruit. While this worked for a short period, low-cost/high-volume work is a recipe for burn out. The decision to become a higher-end, service-oriented company didn’t take long to come around.

The time came to update from Super VHS systems to Beta SP and then to DV, as most companies had done in the early 2000s, and BMG added a Panasonic AG-DVX100, a Media 100 844/x and a jib and got to work. The difference in production value meant they could finally sell fewer $150 spots and focus on the $1,500 spots.

Over the years, the company has grown from tape-based systems and NLEs that loved to slide audio out of sync to a bevy of svelte new Mac Pros running the latest versions of Adobe Creative Cloud and Final Cut Pro. http://vimeo.com/87271809

In each of BMG’s four edit suites, editors craft work for Airbus and Mississippi State Football on two 27” Dell monitors with a smaller Flanders Scientific monitor for finishing and testing, as well as a 60” high def television. In Coblentz’s private edit suite, the HDTV is swapped out for a 4K television, and the Dells are replaced by an Apple Cinema Display.

The bays are connected to BMG’s central nervous system — a MAXX Digital-based shared storage solution containing over forty terabytes of storage with dedicated fast ethernet exclusive to the editing network, with a separate network for any in-or-outbound communications, internet, etc.

Over time, Broadcast Media Group has expanded in a few ways. One of their secrets of success has come about through the purchase of several smaller like-minded or complementary companies. One such company is a DVD reproduction company, and as such, BMG now offers duplication services as a value add to their customers. At times, the duplication shop can be producing and moving 2-3,000 DVDs per month.

Diversifying income streams and building out a network of complementary businesses has been key to Coblentz’s success, and their eventual need for a larger place to work offered another opportunity to grow the portfolio. In 2009, the real estate market was taking a thrashing, and Coblentz had been careful financially, which left him in a good spot to add real estate speculation to the business fold.

Coblentz Properties was born, and through this company, Coblentz purchased a 10,000 square foot building, complete with multiple office spaces to lease out, shared boardroom facilities, and a 6,000 square foot space which fit the current Broadcast Media Group of companies perfectly. BMG rented the space, and the other offices were rented out to photographers, designers, web developers and other businesses which could work with BMG quickly and easily.

The space is a production dream — four edit suites, a 1000 square foot studio with green and white cyclorama walls and 18-foot ceilings, a footage offload area, a room to hold the central nervous system, offices, the DVD duplication facility, a staff break room, and a large open entrance dubbed “The Commons”.

While an entrepreneurial spirit, and economic diversification through multiple income streams and being able to spread costs across multiple businesses has helped defray the cost of running a production company, the need to run BMG properly — and find time to indulge in creative pursuits — is still paramount to Coblentz’s success.

“BMG is the economic engine that drives every endeavour that we do. The model that I’ve found is this: you find a need, and you fill that need. Do you need high-end videos? Do you need lower-end videos? Do you need wedding videos?” muses Coblentz, “You get your cashflow put together as a business owner first, and then that allows you to rent or buy equipment and gives you time to be able to pursue those passion projects that really float your boat.”

Coblentz walked that talk a few years ago when he put together the award-winning documentary “One Night in March” about the the 1963 Mississippi State Basketball Team’s unauthorized trip to the NCAA tournament to play a historic game against Loyola, where they defied the rules in a story of intrigue, danger and courage against adversity.

The documentary was produced as a passion project, only out of Coblentz’s yearning to tell the story, but as a result of the success of the project, Broadcast Media Group’s reputation soared.

But the story of Broadcast Media Group is more than Super VHS cameras, documentaries and cool office space. The true strength comes down to people.

Last year, Broadcast Media Group brought on a Creative Director in Margaret Buell, a 10-year production vet with an indomitable spirit, perpetual good mood, and the drive to keep Coblentz and the rest of the team in line while making customers feel at ease in front of the camera.

Helping steer the ship is Karen Culver, Broadcast Media Group’s Operations Director. The team is rounded out by producers Art Shirley, Will Knight and Jake Jones, who make sure that everything shot, edited and rolled out the door is pristine.

Coblentz also speaks highly of another business move, in partnering up with Kathy Kenne on Tellos Creative, a full-service creative agency which offered services Broadcast Media Group couldn’t offer. Using the power of BMG with the additional services of Tellos, the partnership creates a synergistic symbiosis where the two become stronger through the relationship.

So, there it is. Multiple income streams, high production value, and great people. In the end, Broadcast Media Group’s success has come from an overall steady hand, an eye on the big picture, and selling value over price. Anybody can graduate film school and shoot a commercial, but how a company is run and how service is delivered makes all the difference in the world.

Have a studio you’d like to see featured on videomaker.com? Reach out in the comments or over Twitter @Videomaker