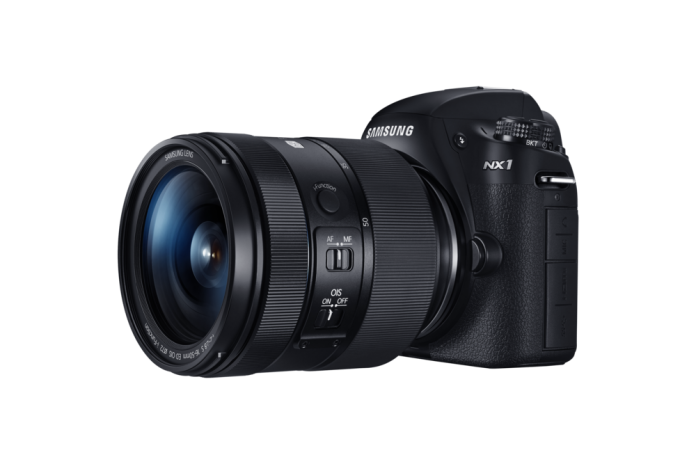 Many of us are quite used to a Samsung device on our television stands or in our pockets, but a high end still and video camera?

I didn’t have much time to fully test the camera, but I was fortunate enough to speak with Samsung’s Senior Marketing Manager for Digital Imaging, Jay Kelbley.

“Another cool thing about this camera is it shoots 4k to a standard class-10 SD card. The way we get away with that is we have upgraded to the H.265 or HEVC (High Efficiency Video Coding) compression CODEC. It’s the first capture device to do this,” he added.

I noticed a mic port, headphone port and a USB 3.0 port where one would expect to find such things. The rear LCD has a very sturdy feeling tilt, which moves up to 90 degrees up and 45 degrees down. This is not a fully-articulating mechanism. It is, however, a touchscreen LCD that not only helps in getting into the menus quicker but can also be used for autofocusing by touching the subject you want in focus. With a steady hand, one can rack-focus with a couple of touches of a finger — pretty cool! [image:blog_post:55259]

“This camera runs 802.11ac, crazy fast WiFi. It can actually play back 4K video, without hiccupping, to a TV. You can remotely control the camera with your smart device while you’re shooting video,” Kelbley told me with excitement in his voice.

“We’ve added Bluetooth for the fist time. Pairing this camera through bluetooth to an iPhone or Samsung phone enables you to take all of the time and location metadata from your phone, and it goes right into the TIFF tag, the IPTC metadata,” he continued.

Maximum clip length seems to be limited to 29 minutes 59 seconds and there isn't the Intra frame (ALL-Intra) mode found in some similar cameras. Editing with H.265 will most likely require transcoding, at least at present.

RAW image format is available for stills and the body can take non-Samsung lenses with an adapter. The magnesium body is dust and splash resistance for those who shoot in challenging environments.

The Samsung NX1 is already on the market. Body only will put you back $1,500, and the higher end kit, which includes the Samsung 16-50mm f/2-2.8 ED OIS lens, will cost you $2,800. As Samsung is leading the industry by including many new features such as the H.265 CODEC, I highly recommend that early-adopters of this model should first read the many online reviews and consider renting the camera for your own test drive.[image:blog_post:55263]