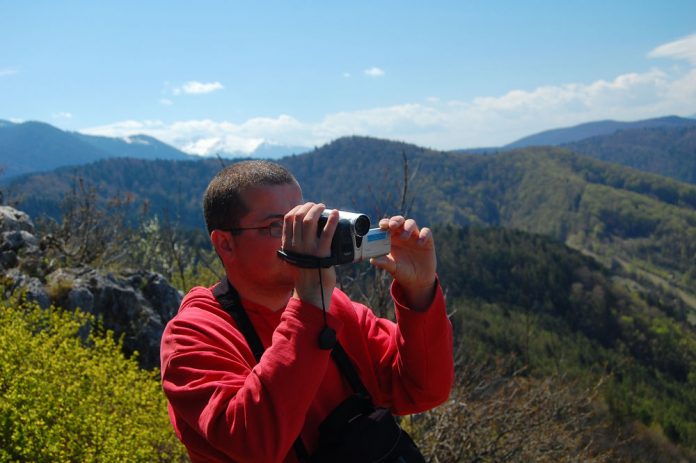 For quite a few years now, many of us have strived to do the term “professional” justice. Framing shots properly, delivering in widely accepted formats and using tools both intuitive and cost effective for clients. We invest in gear and training that ensures that we have the knowledge to deliver something at a high enough level that only our imagination and creativity can limit us.

Then along came YouTube and Vine and blew our house over.

Well, not really. The existence of popular new social tools which use video regularly are actually a good thing. Not only do they expose a new generation to the joys of video production, but they also remind the stodgier old guard that content has been, still is and will always be the absolute most important component in video production.

No amount of trickery or expertise can completely save boring or inappropriate content, but excellent content can shine through, even when production value is tossed out the window.

So does that mean there are lessons to learn in either direction? Sure.

Video production is simply that: the act of producing a video. Regardless of the purist view, those who shoot basement video blogs are producing video just as legitimately as those of us out attaching ALEXAs to Aston Martins for James Bond’s next thriller. Of course there are skill, equipment and knowledge gaps, but every production is different, and just as Jared Falk of Drumeo might not be able to capture a silhouetted high-rise fight scene with brilliance, Roger Deakins might not be able to film and deliver an hour long Tony Royster Jr. drum lesson and show what the audience wants to see.

So from this we can surmise that there are ways to start with nothing, produce something decent and learn upwards from there. Certainly there are schools and apprenticeships that can accelerate learning and open doors to opportunities most of us will never come across, but sometimes it’s just fun to look at what’s possible at different levels.

To start, let’s say we have no money. Maybe a smartphone and a couple hundred bucks in the bank that our spouse doesn’t know about (we call this “B & H Photo Video Money”).

With a smartphone we have a number of the tools necessary to shoot video: a camera, a mic, some type of optical or digital stabilization, some auto or manual exposure settings, an app store to buy editing software, and a data connection to share work.

Successes at this level: Justin Bieber, zillions of other YouTube sensations.

When working with next to nothing, fundamentals can be used to improve production value. There’s almost never a hard and fast rule that can’t be broken, but looking at the rule of thirds, exposing for some depth of field, and even augmenting a shot with an inexpensive LED light, an iOgrapher (if shooting with an iPhone or iPad), or even by balancing the device on something solid can go a long way to dress up a shot.

Moving a step up from there, let’s pretend we have um…about a grand to work with.

With a grand, the options open up dramatically. GoPros shoot up to 4K 30p now, and, during the daytime or with a light, capture brilliant footage. With a mic input and an optional frame case to expose the port, the GoPro can be paired with a wireless lavalier mic, a boom mic, or with something handheld. They are born to mount on something as well, so stabilization options are out there. There are quite a few inexpensive options in this price range, but a GoPro and a cheap laptop would do well. For editing, money can be saved using iMovie or Windows Movie Maker, bundled with Macs and PCs, respectively. For post production and special effects, pre-baked effects from Rampant Design Tools' new spin-off BudgetVFX can save some dough and dress up shots. For audio, there are a wealth of free and cheap sound effects online, or bundled with software such as iMovie or Garageband.

Successes at this level: Epic Meal Time, and again, zillions of YouTube sensations.

So, that’s fun, but let’s say our budget to make a little snippet is $3,000. We’re now in the ballpark of DSLR heavyweights like the Canon 5D Mark III (though you’d need to borrow bus fare after buying it), the 4K Panasonic GH4 ($1,500 without the interface kit) or skip the mirror and go with the Sony a7S ($2,500). Big sensors, huge low light capabilities and pro ports make cameras like these big earners in the entry to mid level pro market, and serve to back up more expensive rigs in the professional market. The a7S and GH4 would leave us enough money to buy an ok tripod, or a mic and maybe a portable light kit, but the budget gets tight quickly. Save a few bucks, however, for a subscription to Adobe's Creative Cloud. Premiere CC 2014 and After Effects CC are going to come in very handy at this level.

Successes at this level: Every film student who graduated in 2014.

As long as we’re dreaming, let’s talk about having $12,000 set aside just for making fun videos. Now we’re talking. How about the price-reduced Sony FS700 at $6,000, an a7S as second camera, and some accessories? Sounds good. Maybe a Sennheiser G3 wireless lavalier kit, a Manfrotto 190EX tripod and a Lumahawk on-camera LED would even serve the FS700 more than the second camera. After all, with the FS700’s resolution a second camera can be simulated with punch ins.

Successes at this level: Many small startup production companies. Sadly, without at least a decent component from each of the big categories (camera, sound, light), selling general pro video services would be tough….though there’s always renting.

Ok, so we know there’s a level where business is rolling in and pros build upon their success and grow out their collection with newer and more capable gear….but that’s kind of boring, so let’s jump up to another tier altogether.

Now we have $150,000 to play with. The world isn’t necessarily our oyster, but gosh, those online shopping sprees are going to be fun. So, what to choose? A Phantom Flex would eat that entire budget, and an ARRI ALEXA body would eat enough of it that we’d be restricted from buying a lens to do it justice. A RED EPIC ($40-50,000 once kitted out) is an option. Toss in a set of three Canon Cinema lenses ($13,000), and the setup is pretty awesome. A nice Canon C500 setup would be fun too, but there’s one other option….it’s radical, but hear it out.

Keep the old 5D and GH4, get amazing with them, and when the $150,000 budget comes in rent gear at $1,000/day and lease a Lamborghini, because bling matters. At least that’s what a popular YouTube star taught me.