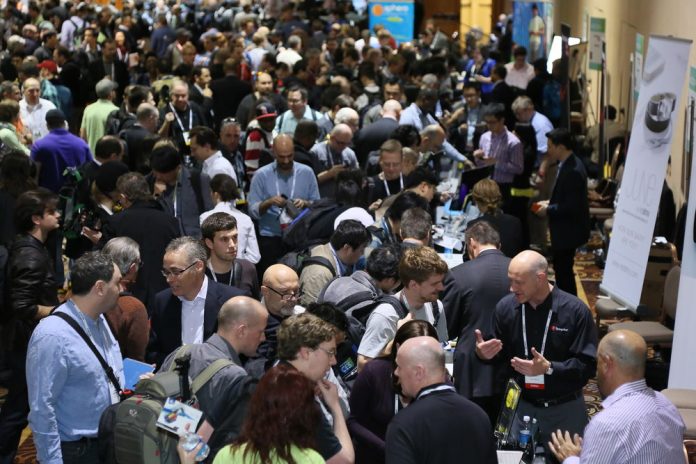 Just about the same time much of the world is bidding adieu to 2014, a crushing hangover and a few days off from work, the Consumer Electronics Show will roll into Las Vegas to show off the latest in electronics. Each year, an unofficial theme tends to take shape, with manufacturers rolling out their hottest products for our living rooms, car dashboards, and — for some of us — our tripods.

From January 6-9 around 150,000 sets of eyes will scan over two million square feet of display space rammed full of products, innovations and entertainment. Count on drones, smart cars and wearables galore, but what is going to stand out for those of us in content creation?

For 2015, the theme — hopefully — will be innovation in the delivery of 4K content. 4K cameras and TVs are prevalent and getting less expensive, but decent 4K content is still pretty scarce. Last year's push for curved TVs was a fun distraction, but widespread 4K adoption is going to require some effort by those pushing out the content. This could be a really excellent opportunity for online content providers to gain an edge on traditional television, but their content will still be at the mercy of internet service providers, many of which control TV content as well.

Another theme with the potential to stand out at CES 2015 is virtual reality. While the subject has been around for years, the new tech from Oculus, Samsung and others is giving VR a breath of new life.

So what does this writer hope turns up at CES 2015? What rumors have we heard?

Well, to start, Canon rumors are running rampant. There is widespread speculation that we will see the EOS 5D Mark IV announced for a release later this year. This rumor seems pretty plausible, considering the 2012 announcement for the Mark III. It’s a year quicker than the Mark II to Mark III announcement, but the full frame camera market is getting more competitive, both inside and out of the DSLR world.

Other sources report a possible announcement for the EOS 1D X MK II, but again, we’ll have to wait and see how that plays out.

Canon Rumors also reports that Canon is planning “a bunch” of 4K product announcements, starting in early 2015. The products are reportedly in the EOS, Cinema EOS and possibly the VIXIA lineup of cameras.

With the C100 receiving an overhaul in 2014, we know that the EOS C300 and C500 will be updated in the new year, and the renewed C300 will be able to shoot at least 4K. According to Canon Rumors, Canon is looking to become a production’s “A camera”, and their source claims we may see a new form factor Cinema EOS product this year, though probably not until NAB in April.

There was also some speculation about a potential firmware update for Canon’s APS-C flagship, the 7D Mark II, to enable 4K video, but school’s still out on that one.

What kinds of products would you like to see from Canon in 2015? Some 4K VIXIA camcorders would be great. Maybe a 6K C500? Drop your predictions in the comments section down below and we'll see what plays out in the coming weeks.

Are you going to CES 2015? Be sure to keep your eyes peeled for Videomaker staff on the floor of the show. As always, we’ll be fiddling around with the latest and greatest production gear. Let us know if you’re going to be there in the comments, or hit us up on Twitter @Videomaker

And check back tomorrow for Part 2 of our predictions for CES 2015!