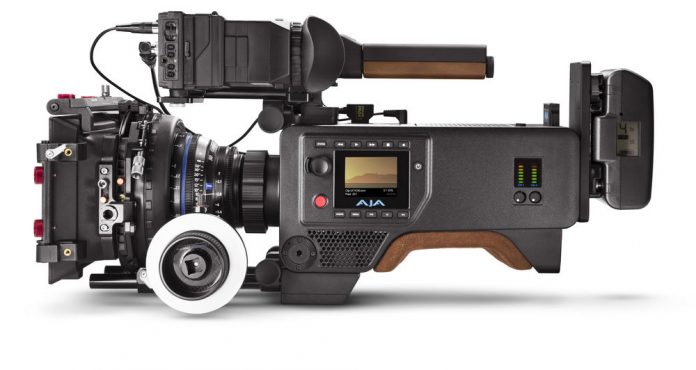 For those people hoping for a 4K camera from AJA underneath the tree this year, jolly old Saint Nick would have to opt for overnight shipping, but their hopes might be filled. AJA this week announced that the much anticipated CION has started shipping.

AJA’s President, Nick Rashby said “We are so thrilled to ship this extraordinary camera and get it into the hands of our customers, and we are extremely excited to see the amazing images that will be captured worldwide. We know that CION will redefine our user’s experience in production and post for 4K and UltraHD with its fast and easy workflow as well as its groundbreaking design and feature rich functionality that we have worked so hard on perfecting. This final connection is perhaps the most important; our brilliant engineers and your creativity come together in CION.”

First announced at NAB 2014, the CION is definitely worth the anticipation. It shoots directly to Apple's ProRes and can capture raw 4K at 120fps. It not only captures Cinema 4K, but also 3840×2160 (UHD), 2K and HD with 12-bit 4:4:4 color sampling. The CION’s CMOS sensor is APS-C size with a global shutter (which should leave no problems associated with a rolling shutter), and is good for 12-stops of dynamic range.

Want to see what all of that translates to in pure, ungraded glory? Check this out:

All of that brilliant footage records to AJA Pak SSDs, transfers via Thunderbolt USB 3.0, and shoots through a PL mount. Among the connections are four 3G-HD-SDI outputs, HDMI, two XLR mic inputs, and a power connector for third party battery plates. Lastly there's an optical low pass filter and IR cut filter to reduce moiré.

The AJA CION does all of these incredible things for the low price of $8,995.

What do you think of the CION’s early footage tests? Worth the dough? Let us know what you think in the comments or hit us up on Twitter @Videomaker