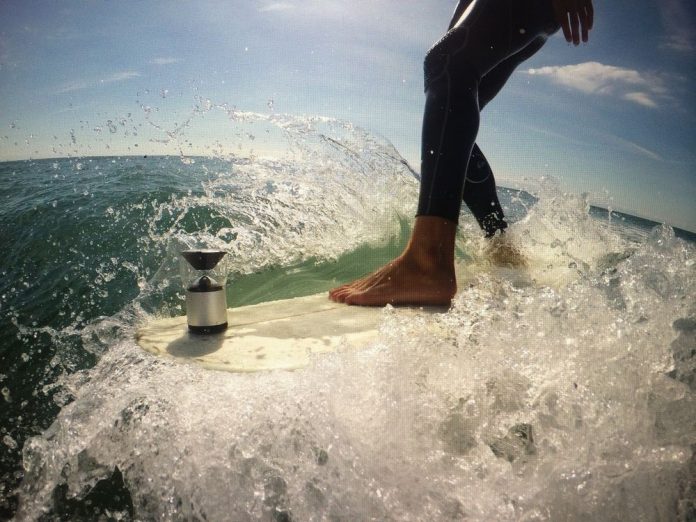 Video is saved to a microSD card and can be viewed live while shooting or played back later through free Android or iOS companion apps. The app lets users pan through a 360 degree video or image, or lay it flat in a unique panoramic view.  If using a smartphone as a remote isn’t in the cards, the V.360° is bundled with a dedicated remote.

Protecting the camera is a military standards certified housing, resistant to shock, vibration, dust and water immersion. That casing is essential to protect the precious cargo. Beyond that imager, the V.360° camera also includes a GPS sensor to tag locations, a barometer/altimeter and a Qualcomm Snapdragon 800 processor to handle the task of capturing, de-warping and encoding 360 degree images, all in-camera.

“With a traditional camera you need to point, then shoot. Instead, V.360° captures life’s most astonishing moments at every angle simultaneously, so missing the perfect shot is a thing of the past,” explained Peter Aloumanis, President of VSN Mobil. “We also made it tough enough for most environments — so this unprecedented device truly changes the game.”

Compatible with GoPro mount-based accessories, the V.360° can be attached to just about anything or anybody. If 360-degree video is your thing, take $399 to www.v360life.com and place an order.

Shot any cool 360-degree footage? We would love to see it! Post a link in the comments or on Twitter @Videomaker for a chance to be featured in our daily news!