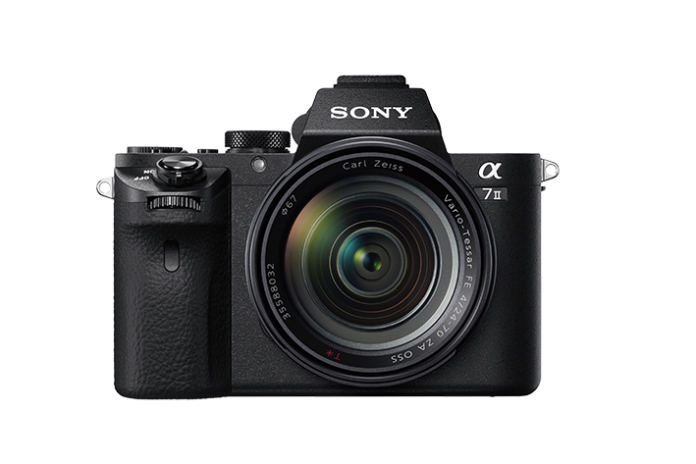 Sony today announced the a7II, worthy successor to the popular Alpha 7 (a7). Sony’s latest palm-sized powerhouse is driven by a 35mm full-frame 24.3-megapixel* Exmor™ CMOS sensor, armed with cutting-edge camera shake compensation, and compatibility with a wide variety of stabilized and non-stabilized lenses.

First and foremost, the biggest improvement brought about by the a7II is the 5-axis image stabilization — stabilization designed to address five different kinds of shake — the first of it’s kind in a full frame camera. While this is all impressive to read, Sony has created a video to take us through the basics of the impressive system:

This video takes us deeper into how powerful the stabilization system truly is:

Video enthusiasts will enjoy the XAVC S codec for 1920×1080 video up to 60p, and S-Log2 support. Combined with clean 4:2:2 8-bit HDMI out, the a7II could be an interesting option for videographers looking for a compact, high-quality shooter. It will also be interesting to see if the a7II’s innovative image stabilization system will actually trickle upward to other models such as maybe an a7S II.

So far it appears the a7II will arrive in Japan on December 5th for around $1,600 USD, and in Europe a few weeks later. Stay tuned to Videomaker online and on Twitter @videomaker for news on a North American release.