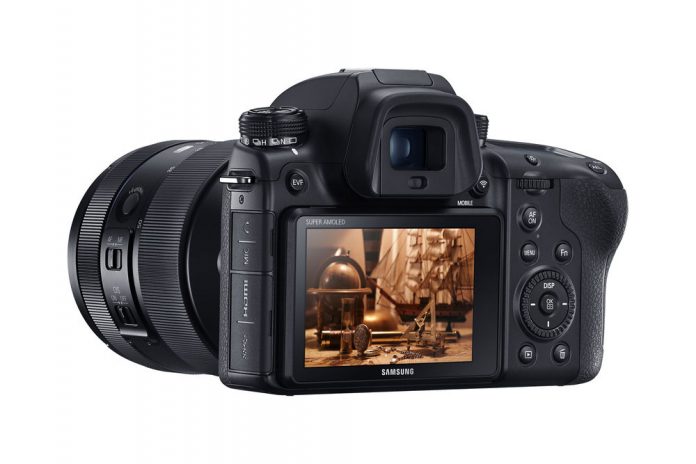 Samsung is launching a new campaign for their premium compact system camera, the NX1, and is partnering with a familiar face. Renowned actor and filmmaker, Joseph Gordon-Levitt and his open collaborative production company, hitRECord, have partnered with Samsung to help promote the new device.

“We’re thrilled to partner with Joseph on this project and are confident that his creative talent, combined with the capabilities of the NX1, will create a memorable short film that captures the lives of consumers in cities across the globe,” said Younghee Lee, Executive Vice President of Global Marketing, IT & Mobile Division at Samsung Electronics. “The NX1 offers ultimate filming experience with its sophisticated features, so filmmakers like Joseph can focus on telling their story without worrying about the technical performance of their equipment.”

“Cinematography is one of the most powerful aspects of filmmaking. To visually express the mood of a scene or moment is as essential to storytelling as a script, a score, or an actor’s performance. When you’re creating art, it’s important to know that your tools will match your ambition, and that you can rely on the technology to enable, not limit your artistic vision,” said Joseph Gordon-Levitt. “I’m looking forward to filming with Samsung NX1 and eager to work with the hitRECord community to create something truly special” [image:blog_post:53631]

The idea behind “In a City” is getting into the rhythm of daily life in different cities across the globe, where Joseph Gordon-Levitt will be foot-to-pavement, discovering what gives each city its unique character. In addition to JGL’s contribution to the project, “In a City” will feature content from the crowd sourced hitRECord community of cinematographers, musicians and lyricists. Gordon-Levitt released a video today encouraging the hitRECord community to submit lyrics and audio content to help build the film. The video can be viewed here on the hitRECord website:

For those of us more interested in the hardware that will be put to use, the Samsung NX1 is a portable camera capable of shooting Cinema 4K and Ultra HD (UHD). It uses the HEVC Codec (H.265), meaning high-quality compressed clips. Its advanced Auto Focus System III with 205 Phase Detection AF points covers nearly the entire imaging area.

Additional features include manual exposure control, focus peaking and zebra pattern, as well as microphone and headphone ports, which make a video pro’s life easier. The NX1 is also equipped with Bluetooth and Wi-Fi connectivity, even allowing users to watch UHD movies on a UHD TV wirelessly.

‘In a City’ video will be released on December 11th on: