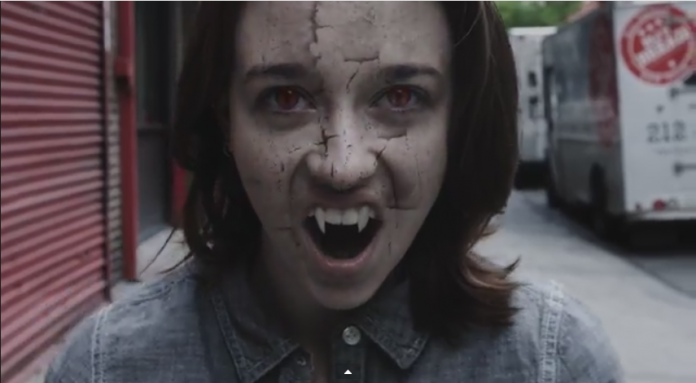 The Rampant Monster Toolkit is jam-packed with nearly 40GB of horns, scales, fangs, wounds, eyes and more. How many elements does it take to make a library that large? If you guessed over 1,500 of them, you would be right.

Each element is a massive Photoshop (.psd) file to be dragged over footage. Using psd files makes the effects compatible with pretty much any editing or compositing program, such as Adobe After Effects CC, Adobe Premiere CC, Final Cut Pro 7, FCPX, Sony Vegas, Apple Motion, Nuke, Media 100 and others.

To use the effects, Rampant sticks with their tried and true drag, drop and go philosophy they use with most of their libraries. There’s a bit more to the Monster Toolkit, however. Like most Rampant effects, the clips should be dragged over the footage to be effected, but now it’s time to scale the effect to the desired size, change the blend mode to help the effect look like part of the footage on the layer below, and then track the effect so that it “sticks” to the movement of the subject being monster-ized.

Check out Rampant’s promo video to see the toolkit in action: