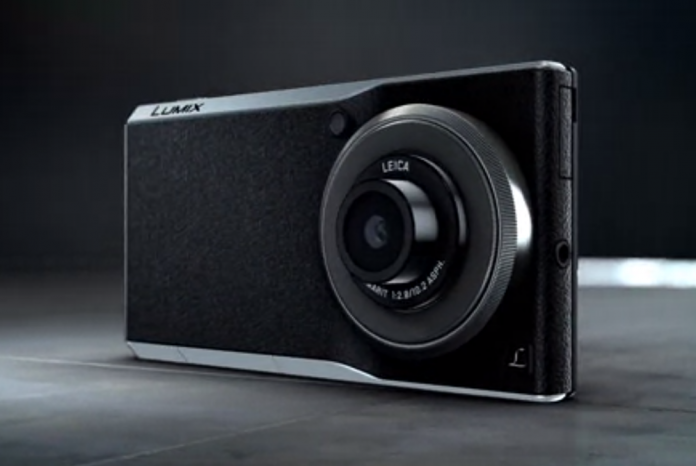 Smartphones have had cameras since their inception, but until recently most have been small sensor shooters without many pro features. Enter the Android-based Panasonic Lumix DMC-CM1 Camera Smartphone.

Armed with a 20-megapixel 1” MOS sensor (7x larger than 1/3″-type sensors found in most other smartphones) and a f/2.8 28mm Leica DC lens, the CM1 looks like the semi-pro answer to Nokia’s amazing Lumia phones with optical stabilization, the OnePlus One, as well as Apple's and Samsung’s flagship phones.

The differences just keep coming, however, as the CM1 has full manual controls for focus, aperture, shutter speed, ISO and white balance, as well as a dedicated shutter release button.

Add in RAW image shooting and 4K video capture, and the CM1 starts to look more like a prosumer fixed lens camera than a smartphone.

The Lumix CM1 is a 2.3GHz quad-core Snapdragon 801 processor-powered, Android 4.4 (KitKat) smartphone, sporting a 4.7-inch full HD display, 16GB of internal storage and a microSD slot for expansion. It also runs on 4G wireless bands and has a 2600 mAh battery to keep the CM1 connected and juiced up for long days of calling, texting and shooting.

Launching initially in France and Germany as a test, the Panasonic Lumix CM1 could make it’s way to US shores if the market receives the device well. As expected, a device that has the guts of a high end smartphone as well as a high-end point and shoot won’t be cheap. The Panasonic Lumix CM1 will be priced at around €900 ($1,150 USD) upon launch.

Let’s hope we see this one cross the pond.