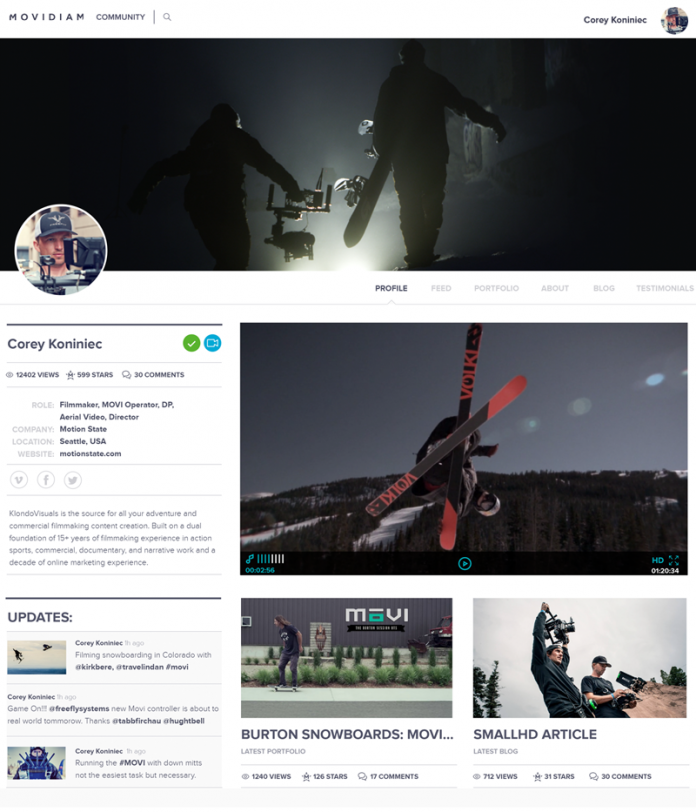 Movidiam is taking project management, collaboration, recruiting, talent scouting and other project related work and rolling it up into a well-oiled package for filmmakers, brands and agencies in an effort to reimagine the filmmaking process.

Beyond putting the various spokes in connection with one another, there are fundamental differences in how different users will use and find value in Movidiam. Brands, for example, will be able to scour an extensive network of production companies, freelance filmmakers, and agencies to connect and collaborate.[image:blog_post:52351]

Agencies will be able to create free profiles, collaborate with the same resources as brands do, but they can also manage their projects in all within the crisp, neatly laid out Movidiam environment.

Filmmakers will also create free profiles, but the benefit to them is the ability to showcase a portfolio, and connect with a global network of potential collaborators. Combine that with being sought out by brands and agencies, and it gets much cooler to be a freelancer within the Movidiam ecosystem than outside of it.

Created by industry veterans George Olver and Alexander Vero, the Movidiam creative network captures the essence of contemporary filmmaking by being ultimately inclusive. There is no reason why a Hollywood agency can’t seek out a single MoVI operator in Moscow, or a RED-equipped production company can’t shop around their services.[image:blog_post:52356]

Freelancers who are ready to elevate their game will find opportunity. Production companies and agencies can get exactly the resources they need, exactly when they need them. It’s a refreshing take on collaboration and social media.

As tools like Facebook take us further from a production centric social media model, Movidiam takes a giant step toward one.

Those who are interested in Movidiam when it becomes available should visit the Movidiam website and pre-register.