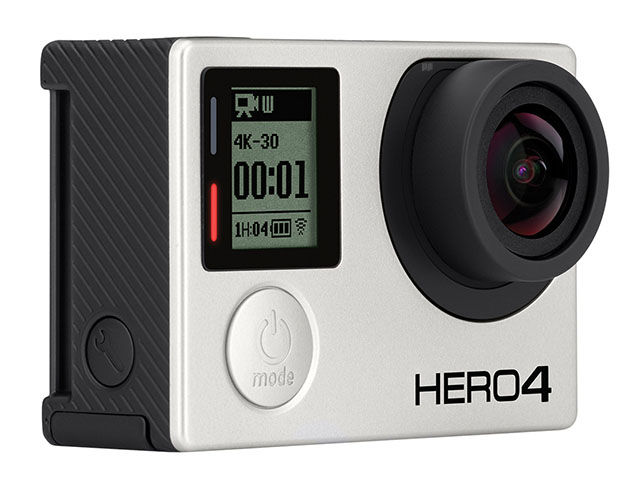 UPDATE: The Rumors have been confirmed! The GoPro HERO4 in Black and Silver will be available October 5th!

Few devices have garnered as much buzz GoPro's HERO3+ successor, the HERO4. Finally, specs and photos have hit the Interwebs, confirming some of our suspicions. 4K video up to 30fps? Yup. Integrated touchscreen? Yup. Both in one model? Nope.

Rumored to be announced officially on October 8th, the HERO4 will be arriving in at least two flavors, Black and Silver editions. From the looks of things, both editions are going to be compatible with existing mounts, harnesses, pet accessories and the like.

There are some amazing new updates, and a few surprises, assuming everything is as rumor has it. On at least the Black Edition, there will be controls for exposure (finally), and with a new processor in place, shooting up to 4K at 30fps will be possible. On the Silver Edition, there will be an integrated touchscreen. Amazing features, but from what’s been said so far it doesn’t look like the touchscreen or high frame rate 4K will coexist on a single model. If this proves to be the case, it will be a bit disappointing, as 4K30 and integrated touchscreens are both desirable.

Another cool new feature will be a one-touch power up and record button, matching many popular action cameras on the market now.

Here are some specs and pictures to check out while waiting a week and change for this all to become official.