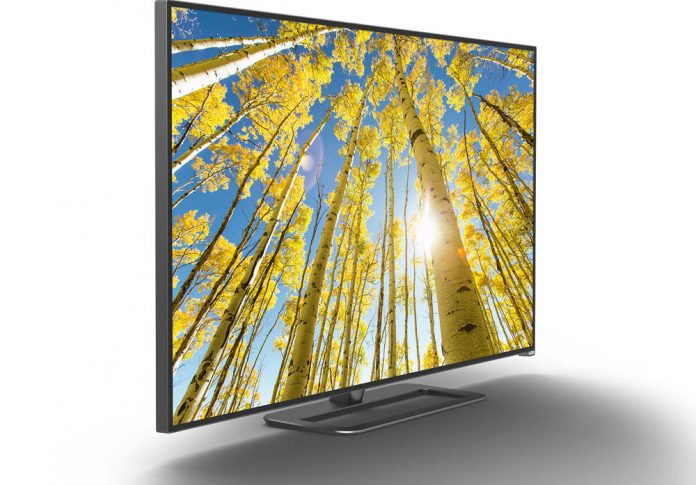 Way back at NAB in April, Vizio announced their upcoming P-Series of Ultra HD televisions, and promised pricing starting under a grand. Well, after many moons of patience and suffering with dusty old HD screens, Vizio’s 2.2-inch thick P-Series is finally available for purchase.

While low-cost 4K sets aren’t completely new, a series of them coming from a major manufacturer is. The build quality, support and availability of a major brand add real value to this series of televisions.

With prices ranging from $999.99 for a 50-inch model up to $2,499 for their top end 70-incher (there are 5 models in total), 4K televisions with good build quality for the average household has just become a reality. The P-Series isn’t a bargain basement TV, either. Full-Array LED backlighting evenly distributes light across 72 LED zones, in contrast to other sets with zones around the edges of the screen.

Running the show is what Vizio is calling the V6 processor, which is essentially a quad-core GPU and a dual-core CPU, meaning quick start up and navigation, smooth Smart TV operation and a total lack of visual hang-ups.

In order to control the Smart TV functions as well as the plethora of plain, old TV doo-dads, a qwerty remote is bundled with the sets. The TV itself uses HDCP 2.2, HDMI 2.0 and USB 2.0 ports, 802.11ac dual-band wi-fi and an optical audio hookup.

Clarity, contrast and resolution combine with connectivity and processing power to make the P-Series a serious contender in the UHD market before even considering the price. This round goes to Vizio, but it’s too early to count out other contenders from the fight.

The P-Series TVs are available now directly through Vizio, and will make their way into retailers everywhere in the not-too-distant future.