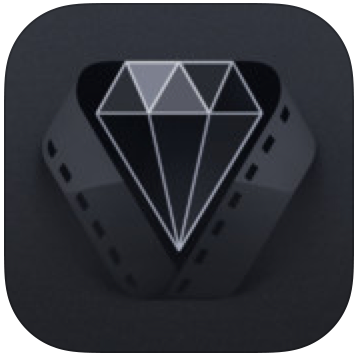 With the launch of the iPhone 6 and 6 Plus, Apple had an opportunity to advance their video capture capabilities beyond HD to match the growing herd of 4K-able smartphones on the market or on their way there. Unfortunately, while the new iPhones come with some very capable cameras, 4K isn’t yet in the cards.

That is, unless users turn to the app store for resolution relief.

Vizzywig 4K is a new app which allows an iPhone 5S to shoot in actual 4K. This is no parlour trick either. The app does things the good old fashioned way, capturing 24 high resolution pictures per second. The result is 24p 4K footage. http://youtu.be/LADJw7rvQZk

This method certainly comes at a price, however. Each second of captured 4K video amounts to around 72MB. At a data rate of 72MB/second, the iPhone’s lack of external storage becomes an issue.

The data rate isn’t the only price to be paid, either. Vizzywig 4K is currently listed in the App Store for (wait for it) $1,000.

Before judging this as simply a wildly expensive video application, it’s worth looking at the features.

In addition to shooting, app creator Michael Zaletel says that Vizzywig 4K is capable of on camera editing, including adding transitions, background music, titles, lower thirds and scrolling credits – all in 4K – and has the ability to upload to YouTube 4K directly from the phone.

Additionally, Zaletel states that Vizzywig 4K is a full-blown 4K multi-camera studio, with the ability to simultaneously record and live switch from up to 16 iPhone 5Ss in real time. It’s not entirely clear how this would work, but if it’s possible, somebody will have a demo online eventually.

Expensive yet interesting, Vizzywig 4K delivers on the promise of a true 4K option for iPhone.

As of this writing, the app is only available for iOS 7 and not iOS 8 due to a difference in the way the new OS handles photo bursts. This limits the app to users of 32GB or 64GB models of the iPhone 5s only. iPhone 6 or 6 Plus need not apply.