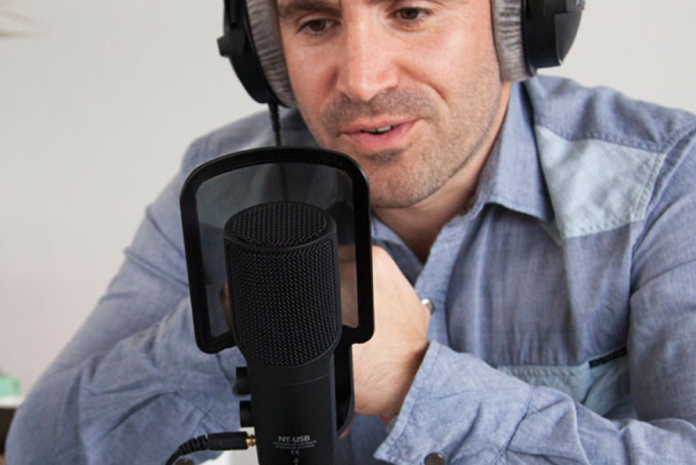 RØDE's NT-USB is compatible with all of the mainstream recording applications on Mac and Windows, and can be used with RØDE's iPad recording app, RØDE Rec, as well as GarageBand, or any other recording app that accepts an external microphone.

Packaged nicely with an all-metal pop shield, a microphone stand mount, a desktop trpiod stand and a mercifully long 20-foot USB cable, the NT-USB comes with everything necessary to get recording, save a computer or iPad. When not in use, the NT-USB can be stored in the included soft pouch.[image:blog_post:49911]

When not mounted to the desktop stand, the RØDE NT-USB and pop shield can be mounted to professional microphone stands and used to record voiceovers, sung performances, sound effects and instruments. RØDE Microphones has ensured that the same great internals used in their studio and live microphones has made it’s way into the NT-USB.