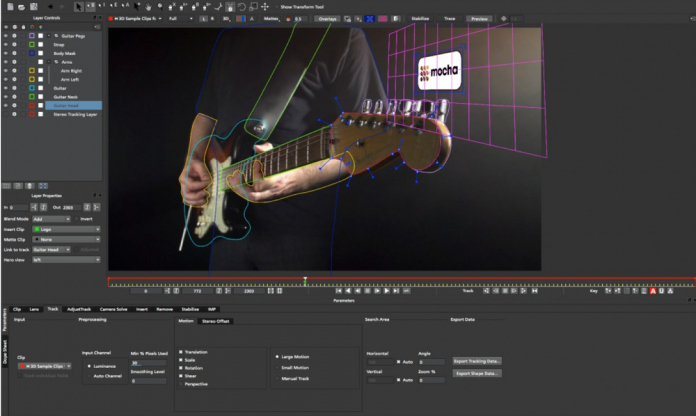 Beyond the amazing capabilities mocha Pro has proven through use in films and television, mocha Pro 4 shoots for the next level with new features such as a revamped interface, Python scripting support, customizable keyboard shortcut interface, and a stereoscopic 3D workflow.

On the lighter side, mocha Plus is the heir apparent of mocha AE, a version of mocha which shipped with Adobe After Effects. Now available separately, mocha Plus ups the ante with new features, including a 3D camera solver, and lens correction tools for After Effects.

Both versions are available now, and Imagineer System’s is offering 20% off on all upgrades.

Imagineer usage is widespread, featuring prominently in major feature films such as The Hobbit, Black Swan, The Amazing Spiderman, The Wolf of Wall Street, and the Harry Potter series.