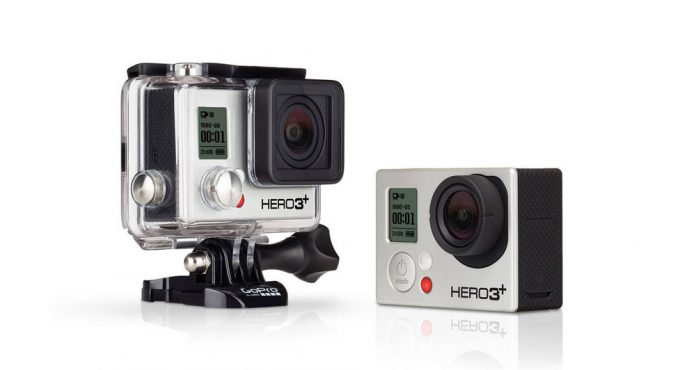 When people think of action cameras, GoPro comes to mind. In fact, much like people called photocopies “Xeroxes” in the 80s, we’ve heard people call action camera footage called “GoPro footage”; regardless of the camera used to shoot it. Funny enough though, despite the “Pro” in the name, GoPro has had a difficult time in the professional market. Cable networks require production companies to gain special dispensation to use the camera (due to their strict format guidelines), workflow specialists and engineers have pulled their hair out on the slow workflows (because of the lens distortion and shutter roll), and DPs have been plagued by the exposed lens (when not in a case), and using an iPhone as a field monitor. Don’t mistake it though; GoPros are the most widely used action camera on the market (by professionals and consumers alike). But where are they going in the future?

Sure, the GoPro technically shoots 4K. But let’s face it, 15fps is nowhere near good enough for an action camera at any resolution. Really, the best way to avoid shutter roll and blurring on an action camera is to shoot at 60fps or better. And believe us when we tell you that the higher the resolution, the more obvious shutter roll is. With 4K televisions available at CostCo nowadays, 4K is an obvious must.  Is it practical though? Critics would argue that it’s completely unnecessary. However, if you think back to 2005, people said the same thing about 1080p on an action camera. So yes, if GoPro has a prayer of staying ahead of the market, and being the proverbial “Jonses” everyone else must keep up with, definitely. In reality, if they want to say at their spot on the curve, they should really start thinking in terms of 6K. Why?

When the first of the GoPro 4Ks hit the market, the RED ONE was the rage for digital cinema. Now with the higher resolution cinema cameras, GoPro should have 4K at 60fps and 6K at around 12fps. Don’t count on it yet though. I’ll go on record as saying the Hero 4 will probably just handle 4K at 30fps — at best maybe even only 24fps. After all, they need to keep the price down below $500 to be viable for any consumers.

At the top end, GoPro lays in the murky “prosumer” land. Why do people postulate that GoPro has really left the consumer behind? After all they have their “Silver” and “White” editions. The price point of each is on par with the more consumer Contour Roam 2 camera. Because who wants to buy anything but top of the line? It’s like buying a Ferrari with a Kia engine. Sure, it’s emotional and not logical. However, critics of the necessity for higher resolutions and frame rates on GoPros have those options. But even if you never use 4K, why remove such a feature? Here, I’ll refer to Clarence’s Rule: “It’s better to have it and not need it than need it and not have it.”

Truly though, if GoPros are going to be a viable professional camera, they need to take a hard look at their codecs. On ingest and format conversion for professional editing on national cable shows, the entire pipeline slows to a crawl on GoPro footage, and any video editor knows that GoPro footage slows down their video editing software. Better codecs with less mud in low light are another prediction I’ll go on record with.

NO! GoPros have a ridiculously large depth of field, but if you want a more dramatic look, let’s take a look at the Lytro camera. If GoPro incorporated a Lytro-like sensor — where there is effectively an individual lens on each pixel sensor, and focus information is stored with the image — you could adjust focus and depth of field in your video editing software in post. The last thing you want with an action camera is to be fiddling with manual controls during a shoot.  Can you imagine a motorcycle rider doing insane jumps over a canyon and adjusting focus in mid air?  Let’s be real here: acquisition manual controls would be ludicrous. The Lytro sensors aren’t ready for action cameras yet, but maybe the Hero 5 or 6?

GoPro will be the top of the market for a long time to come. There are so many mounting options and uses — from 80-foot jibs, to stereoscopic rigs, to the DJI Phantom 2 — specifically tailored to the GoPro, that at least for the moment, no other camera comes close. There are also a ton of directions they should go… and most likely will.