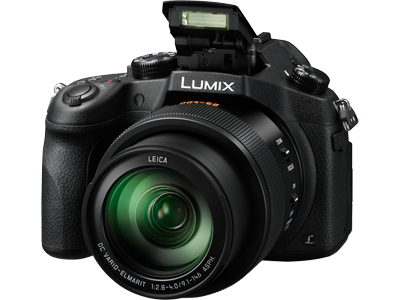 There is little doubt that the dawn of 4k video is now upon the industry. Camera manufacturer’s and post-production workflows are now going through the growing pains of introducing a higher resolution, much like the transition from standard definition video to high definition. One certainty the consumer can count on is that as new products roll out, the costs of 4K camera equipment and gear will decrease as it enters every corner of the market. One such example is the new Panasonic Lumix FZ1000K which will sell for $899.

The Panasonic Lumix FZ1000K is a compact fixed lens camera which is capable of shooting 4K video at 30fps as mp4 files. The camera has a high sensitivity MOS sensor with a 20.1 megapixel sensor. Users are able to capture 8 megapixel images in post-production from the camera’s 4K video files. Although the lens is fixed, it is highly capable of capturing great footage as it is a Bright Leica DC 25-400mm F2.8-4.0 lens. Users are able to connect with the FZ1000 through WiFi or NFC (Near Field Communication). This allows for remote camera control through a mobile device for both still images and video recording. Users are also able instantly share images through the camera’s connectivity.  The Panasonic Lumix FZ1000K is available for preorder at a cost of $899.