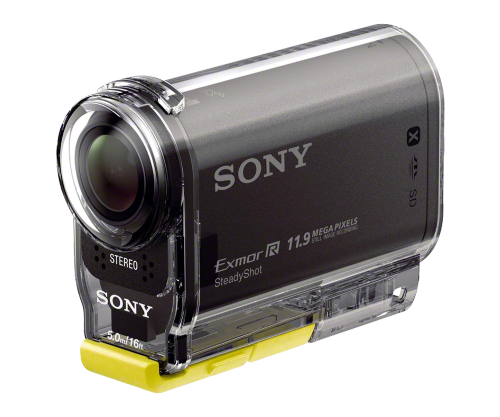 To prove what Peter Griffin, the father on Fox's "Family Guy", once said "social media is bringing us all closer together," there is now a series of firmware updates coming to Sony's Action Cam AS100V model that will feature some live streaming capabilities that will more efficiently utilize U-Stream with its live streaming content via the Internet. This just means that all you have to do is link your social media accounts so that it sends notifications to all of your family and friends that you are currently streaming live from your camera.  Some examples of these new updates are burst shooting, a self-timer, motion shot mode, and much more.

One  feature of the AS100V includes an update note as a motion shot mode that will enable users to capture, in a single image, all traces of a moving object which will, in turn, make the object itself appear to be a continuous image. Other features include burst shooting and a self-timing update feature that will create options for a delay of up to ten seconds as well as enable burst shooting up to 10 fps.

The multi-camera control feature is another feature but is for the AS30V model only, and will enable this camera control of up to five cameras with the help of a Sony Live Remote Control-LVR1. An auto exposure is also a feature that is much improved along with Wi-Fi capabilities which have no need of a memory card.