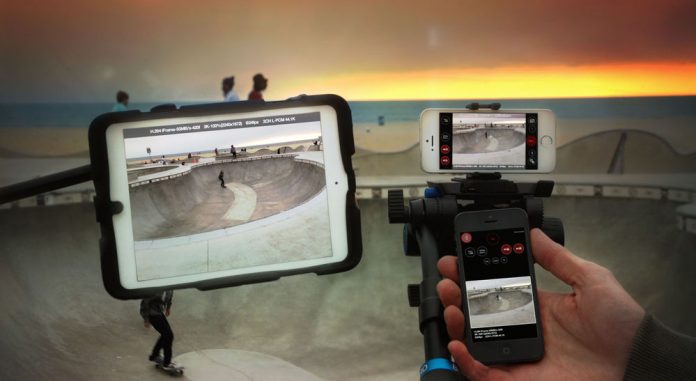 There are rumors to accompany every generation of mobile devices. The potential to push past HD video and into digital cinema resolutions is a frequent rumor surrounding the video capabilities of many phones. There is no doubt that high-end mobile devices are capable of capturing good looking HD video, but 2K and beyond is not yet the mainstream for the mobile crowd. Apple will be coming out with updated iPhones and iPads later this year, but current owners of the iPhone 5s won’t have to wait for a new phone to capture 2K video. The Ultrakam Pro app allows iPhone 5s owners to capture 2k resolution video.

The Ultrakam Pro app accomplishes 2K resolution by capturing images from the iPhone 5s’ still camera picture feed, allowing a greater amount of the camera sensor to be used than in an HD video feed. Ultrakam Pro records 2K video at a resolution of up to 2240×1672 pixels, making it a 4:3 aspect ratio, different than the more common 16:9 ratio of most 2K capable cameras. The extra screen room gives mobile video producers a little wiggle space to track and stabilize their footage in post while still retaining the image’s full resolution. It records compressed video with option for H264 or Motion JPEG compression. The app features selectable frame rates of 24, 25, or 30 fps. Ultrakam is also able to capture 2K timelapse footage and 120fps footage at 720p.
Chris "Ace" Gates is a four time Emmy Award-winning writer and video producer.