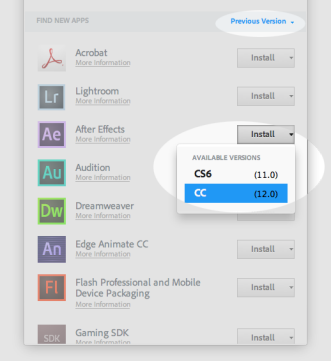 One of the conveniences of the Adobe Creative Cloud suite of software is it’s continual upgrade path for members. Whenever a new or updated version is released, users have access to it through their desktop. A concern of some users surrounds the compatibility of files created with different version of Creative Cloud applications.

Adobe has continued to offer Creative Suite CS6 ever since the release of Creative Cloud. It’s targeted at consumers who prefer to have a single purchase license as opposed to a subscription such as that found with Creative Cloud. Many Adobe users have found the availability of CS6 useful when working with old files or exchanging files with clients who are using older versions of the software. CS6 apps are available to Creative Cloud members but have always been a separate download and update from the Creative Cloud apps.