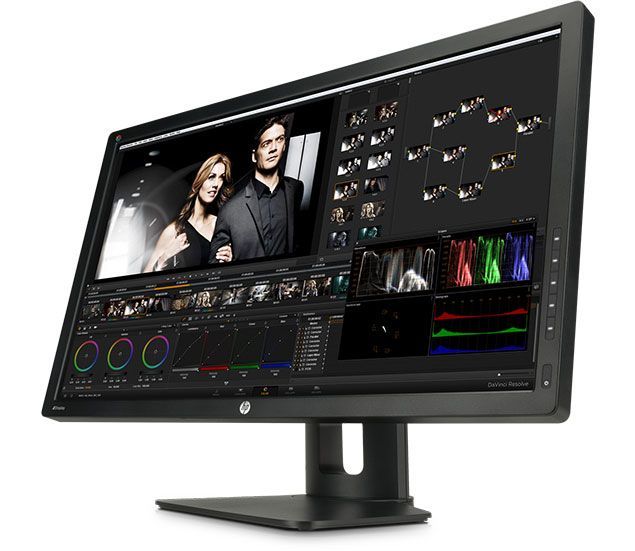 1.07 billion colors. Not bad, not bad, probably more than you or we could name. Actually, the Z24x is the smaller of two displays announced at the same time, but it is significantly less costly at $600. As a color critical display, Ethernet-based remote control through an integrated Web server is in a league of its own. It has 1920×1200 resolution and 10-bit color accuracy with a easy-to change color space and color calibration. The quick access to presets includes specific color spaces, including some that sound like named stars beyond the Milky Way: sRGB D65, sRGB D50, Adobe RGB, BT.709, BT.2020 and DCI-P3. We can create custom color spaces and control the primaries, white point and tone response. While supported for Linux, Mac and Windows, the Z24x must be calibrated on a Windows system. We're definitely excited to see the Z24x in our edit bay.