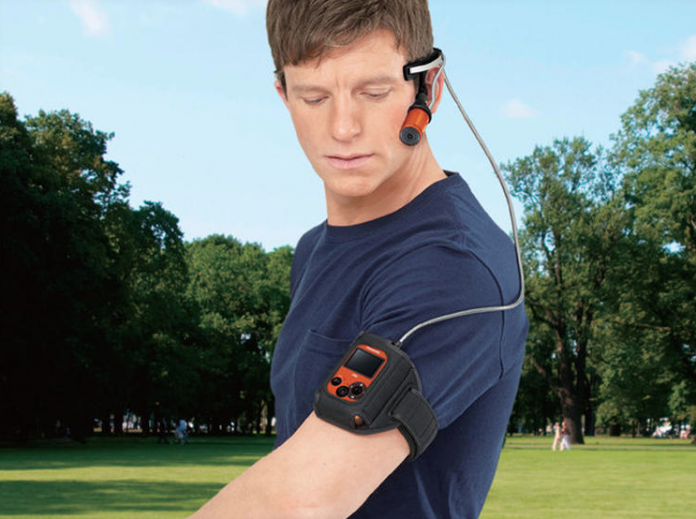 The wearable camera market continues to grow. Social media enables us to share our lives and the wearable camera is a ubiquitous part of shared content creation. The GoPro Hero line of cameras is the unprecedented leader but other camera manufacturers are getting into the game. A cell phone camera isn't necessarily a wearable camera per se, but it is a readily accessible piece of tech for spontaneous recording.

A good wearable camera should grant the user hands-free operation and also be durable, able to handle challenging environments. The small size of wearable cameras keeps them from capturing large format video such as 4K resolution. That's changing however, and Panasonic is bringing a wearable camera to the table that ups the ante, as well as the resolution.

The Panasonic HX-A500 wearable camera will be available in May. It's a two-piece camera, with the optical element tethered to a recording and control device. Panasonic is claiming the HX-A500 is the world's first 4K capable wearable action camera. The design is unique as it allows users to wear the camera on their head while the control unit is strapped to their arm for hands-free point of view operation. There will be other mounts available to attach the camera to other objects. The control unit is equipped with a 1.5 inch LCD for monitoring and playback. The HX-A500 records 4K video at 25 fps, 1080p at 50 fps, 720p at 100 fps, and super slow motion 200 fps at a resolution of 480p. The camera can record at up to 10 feet underwater. It's equipped with WiFi and NFC for wireless sharing, including live streaming over Ustream through the Panasonic Image App. The auto image stabilization helps to capture all the action.

The estimated price of the Panasonic HX-A500 Wearable Camera is $626.