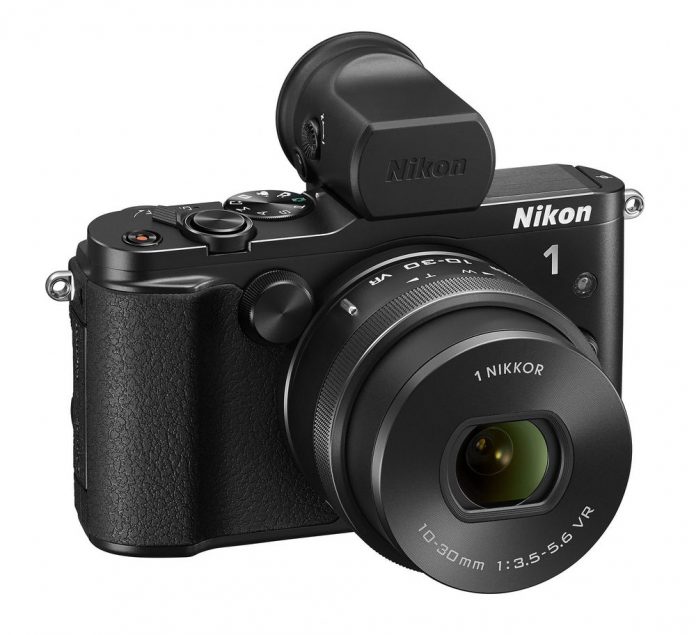 Today, Nikon announced the V3, the latest addition to its family of compact interchangeable lens mirrorless cameras. For video producers, the Nikon 1 V3 records in full HD at 1080/60p using an electronic vibration reduction process to limit shaky footage. The camera shoots with continuous AF, allowing shooters to keep focus sharp, even with moving subjects. Users can shoot slo-mo video at 120fps in 720p and capture full res photos while shooting video, giving shooters who capture both still photography and videography an advantage.

Still shooters with a need for speed will love to get their hands on the Nikon 1 V3 which shoots at a continuous frame rate at 20fps with full auto focus, and 60fps with a single AF. Still shooters can easily capture clean clear shots of sports and wildlife.

New to Nikon 1 is a more powerful processing chip, connectivity to Wi-Fi for easy sharing to a smartphone or tablet and optional grip and viewfinder.

[image:blog_post:42416]Previous models carried a hand-grip and electronic viewfinder, but these are options of the V3, allowing users the choice of carrying a traditional pocket camera with unobtrusive  weight and size.

If You Build It, Will They Come?

The switch to mirrorless cameras has been a subject of great interest among still shooters and video producers alike because of their smaller size, lower weight and abilities to pack a lot of sensor power with a less cumbersome pack to tote. We've seen some amazing footage coming from these cameras, but as we always say, it's not the tool, its how you use it.

Whether professional shooters will ditch the traditional DSLR for the newer mirrorless cameras remains to be seen, but for hobbyists and enthusiasts, the mirrorless cameras that also offer interchangeable lens options, give users an affordable option.

Focused to the photo and video enthusiasts, the Nikon 1 V3 mirrorless compact camera kit, which includes a 10-30mm kit lens, detachable viewfinder and grip, will be on sale in April for $1200