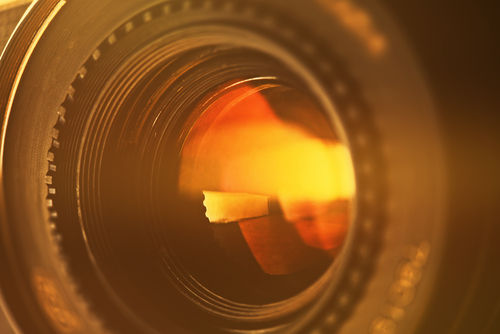 4K video was a theme that was front and center at this year's Consumer Electronics Show. Retail electronics manufacturer's are starting to roll out the early stages of 4K video hardware. There are large screen TVs capable of displaying 4K resolution.

This resolution is going by multiple names: Ultra HD, 4K, and digital cinema. There's 4K video being produced on professional and consumer video cameras, there is even a 4K video capable phone. 4K video is most likely going to rear it's head at this year's NAB show as well. There will be a great deal of video production and post-production gear aimed at 4K resolution that's ready for video producers to integrate into their workflows. It's almost a guarantee that a few new cameras will be on display at NAB, and most likely one or more of them will be an affordable option for the advent of 4K resolution in video production. It's no longer a question of when, 4K video is now a regular at the video production table and here are four reasons why you should consider producing video at a 4K resolution.

They Asked For It

Sooner or later most video professionals will get a request to produce a video at 4K. There is a bit of learning curve to producing 4K video. As video production pipelines and post-production systems adapt to the new standard there are sure to be some hiccups along the way. The best way to iron out these wrinkles is to go right at them. Some time spent now on learning the ins and outs of video production in 4K will prep any video enthusiast for the inevitable question, “Can I get this in 4K?” Give them the answer of, “Yes!”

Online video viewing and sharing has brought new life to old projects. Netflix and other viewing sites have revived old content. Unfortunately, some of the great productions of yesteryear can only be viewed in Standard Definition, it's not that thrilling on a sixty-inch high def screen. Several Hollywood and network productions are now being shot at a 4K resolution. They're not being delivered in 4K, their delivery is still in HD. The producers are aware that 4K resolution is not too far from the home and that when it hits, they'll be ready to resell everyone's favorites. Independent producers can do the same thing, produce in 4K now while delivering in HD. That way the footage shot today is good to go into a project tomorrow.

Gain a foot on your competition by offering your clients video production offerings in 4K. This can come as an up-sell as well. Get an HD production for “X” number of dollars, it's good for today. But, for a price of “X plus a little more” clients can have a video that plays today and is futureproofed (at least for the next immediate generation of video displays). A wedding film or the commemoration of a special event will be all that more spectacular at a 4K resolution.

4K is here. There is no doubt that it will change video production and producers as well. Video producers can help themselves prepare by being early adopters and discovering the rich images that 4K will bring to the screen.

Objective in yellow light. Tilt-shift lens in use. image from Shutterstock.