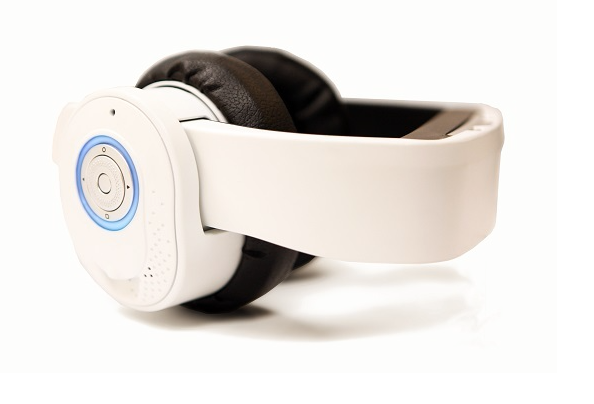 Technology wearables, such as the Fitbit Force and Pebble smart watch, are some of the fastest growing trends in the hi-tech marketplace. Some wearables are sophisticated delivery systems, like the popular sector of active noise canceling headphones. Google Glass and the Occulus Rift are two wearables that work directly with the users' vision, projecting directly into the retina, but both are in the early stages of being tested and are dependent on apps specifically made to work with the individual technology.

What if there was a vision-based wearable that worked with the tech you already have? One that plugs into a Blu-ray player, into a laptop, a camera, or a game console? There's a new headset on the way that falls into the experience delivery category of wearables, and nonetheless, is promising to the video crowd. The Avegant Glyph is the result of a successful Kickstarter campaign that set out to raise $250,000 but is now well over one million dollars in financing.

The Glyph: A Virtual Retinal Display

The Glyph is a headset that delivers premium quality audio to the ears and projects stunning visuals into the wearer's retina. The display technology in the Glyph utilizes one million micromirrors in each eyepiece to deliver 1280×720 video to each eye. The Glyph has an HDMI input and is able to display video from any source that it can plug into. What it boils down to is the Glyph is a wearable home theater… imagine being able to watch HD movies while on a plane without disturbing your neighbor.

The developers of the Glyph are currently working on integrating head-tracking technology so the Glyph can be used as a Point of View device while playing interactive games. The Glyph and other such wearables are leading a new technology surge that has the potential to create new means of interactive storytelling.