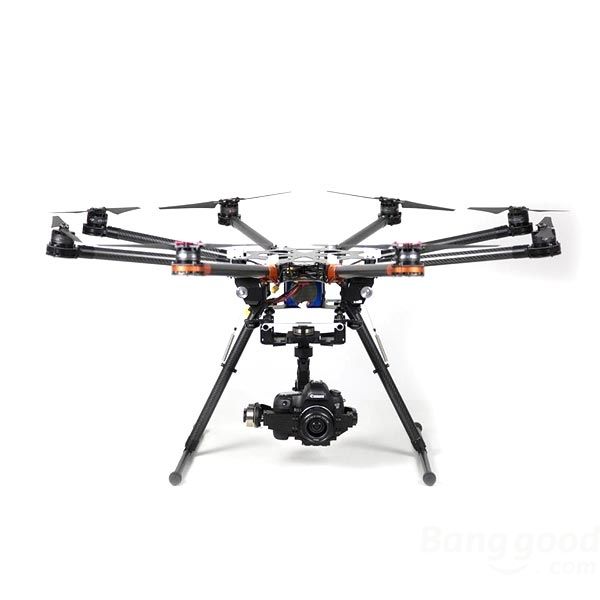 In early 2013, DJI Innovations graced us with the unveiling of its successful and highly accessible quadcopter drone, the DJI Phantom. The Phantom was very well received after its inception, and has become one of the more popular quadcopters on the market. It is pretty much the choice drone for ambitious videographers on a budget looking to get their hands dirty in the drone game. Paired with the GoPro Hero3 and the ZenMuse H3-2D gimbal, this little device has the potential to produce some stunning results, as seen in this Vimeo video.

The success of the Phantom has led to the updated Phantom 2 quadcopter, that’s fitted with its own camera system which sends a signal to your phone as a FPV (first person viewer) and has been given a boost in flight time.

DJI has been in the business of making drones for a long time, and they’ve just released their latest flagship, the S1000. Some key features of this octocopter are its retractable landing gear and ability to fold up and be stowed away in relatively tight spaces. For those of you trying to make the jump up to DSLR drone flying, this could be what you’re looking for.

Most large drone systems are kits that you assemble yourself, and can run you up to $15k before you’re even able to get any footage from it. The S1000 will start at just around $4,000; but don’t get too excited about that price just yet. You’re going to need an 8-channel radio system, a battery, and a charger before you can get it into the air. You’re also going to need a gimbal if you’d like to fly your camera with the best results, and the ZenMuse Z15 gimbal will run you another $3,000. Including your camera, at the end of the day you could be looking at a $10,000 rig.

Whether it's a quadcopter or octocopter or something in between, there's a lot of risk when flying a drone, but it also comes with a huge reward of a unique shot that puts your work above the competition (pun intended). You may find yourself asking, “is the juice worth the squeeze?” We say yes.