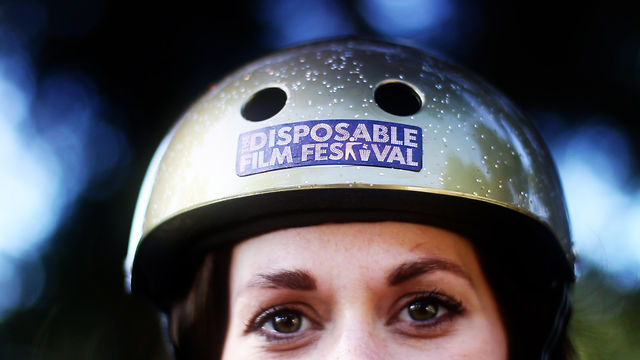 As we move into spring and shake off the winter blues there are a several online mobile film festivals that hold their awards ceremonies over the next few weeks that are worth checking out.

The highlight of this season’s awards calendar is the Disposable Film Festival’s (DFF) annual jamboree held from March 20 to 23 with a gala opening night at the historic Castro Theatre in San Francisco.

What I like about the DFF is these guys were pioneering this kind of filmmaking way before the arrival of Apple’s iPhone, but are now reaping the benefits of the smartphone era.

Speaking exclusively to videomaker.com, Carlton Evans, executive director and co-founder of DFF said: “The festival and the devices with which artists create their videos have both matured since the inception of the Disposable Film Festival.

“This year was a watershed year for disposable filmmaking. Among the over 2,000 submissions we received from around the world were exhibited, a wide range of new, tech-driven techniques, including films made using video apps like Vine and Instagram, innovative usage of available technology like Google Maps, and  a wide range of new animation techniques, many of which are represented in this year’s program. As Disposable Film Festival’s seventh season is upon us, it’s inspiring to see this explosion of creative energy and ideas.”

Tickets for the Disposable Film Festival’s event are still available from disposablefilm.com, if you can make it to SF and wish to attend in person. The DFF has also opened its submissions for 2015, see website for details on how to enter.

Another pioneering organizsation that I am a huge fan of is the iPhone Film Festival (IFF), which is purely an online event and now in its fourth year. The IFF has constantly showcased some of the very best iPhone films from some great filmmakers and is a fantastic event not only to take part in but as a resource to see what is out there.

Running adjacent to IFF is its sister Mobile Film Festival, for videos and films shot on other devices such as Android and Windows smartphones and DSLR cameras. Submissions are still open for this year’s event, and any entries sent into the IFF will be included for 2015.

Last year the IFF scored a coup by hosting its awards ceremony at the Macworld/iWorld conference in San Francisco, but this year it will stay online where winners will be announced in March on its website.

Ruben Kazantsev, founder of the IFF, said that after the launch of the iPhone 5S with its advanced optics and camera the quality of films submitted “get better and better”.

There are literally hundreds of online festivals for you to submit your mobile films to get them seen by a wider audience and perhaps receive feedback.

Another one worth checking out is the International Mobil Film Festival which hosts a red carpet awards ceremony in San Diego, California in April.

Created by Susan Botello four years ago and with its emphasis on youth and education The International Mobil Film Festival is steadily establishing itself as one of the finer smartphone film festivals.

“Our main goal is that anyone is able to enter our film festival. This is a partnership with organisations to help you get your foot in the film-making and media door,” says Botello.

Tickets for the Disposable Film Festival’s event are still available from disposablefilm.com, if you can make it to San Francisco and wish to attend in person.

As Carlton puts the finishing touches to the program, he noted: “At this point there are so many devices on the market that are easy to access it would be impossible to list them all. But we’re seeing a lot of great stuff being made on mobile phones and sports cameras like those made by GoPro. But part of the excitement of the program every year is to see what new devices people are using to make creative work.”

All the mobile film festival founders we spoke to for this article remain passionate and committed to promoting work produced in this genre. Carlton Evans of the DFF, who has been along on this ride from the beginning, sums up the ethos of this pioneering spirit.

“I think the real key to the success of DFF, which is now in its seventh season, is the quality of the films we show,” he said.

“When we started, making films on cheap cameras was a marginal, experimental activity, performed by a relatively small group of people. These days those films exhibit an astounding richness of technique and content, made by an enormous population that extends well beyond the traditional filmmaking community. We’re just very fortunate to show the work of such wonderful filmmakers.”