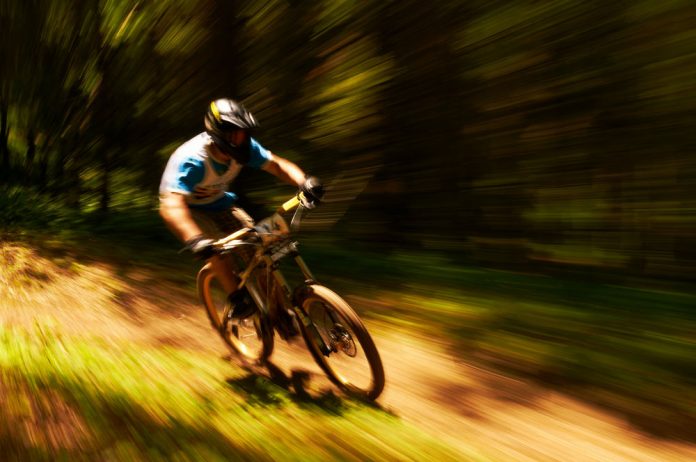 It looks simple. Strap an action cam to your helmet, bike or body and off you go. Some of the best video watched on YouTube are from action cams. These amazing devices can get you into the action better than anything invented as yet. Everyone is using action cams from skaters and bikers to surfers and underwater divers; even jump-ropes! So what is it you need to know to get it right? Action cams are fun to use but can be tricky to setup. Here are a few tips to avoid getting into the action, and losing the battle, or "How to Ruin your Best Video Moments." OK, maybe not BEST moments, but moments you would like to record for viewing later and sharing with the rest of the world.

I recently had a bad week using my GoPro action cam. After planning what I thought would be the best video I have ever done when it came to my helmet-mounted action cam and a great downhill trail around my favorite outdoor playground, I realized that it doesn't take much to ruin a full day of planning.

Three words; Charge Your Batteries. Once I had climbed about a mile straight uphill and my calves were cramping so badly it hurt to stand, I turned on my GoPro action cam and proceeded on my historical downhill bike adventure. After about 30 feet of picking my line and getting ready to drop into a steep section of the trail, I heard the ominous sound – beep, beep, beep, beep, beeeeeep. Battery dead. Though I thought it had plenty of charge left for a good two hour ride, I was wrong.  I took off down the trail and had the time of my life, but I was depressed that I didn’t have proof to show to all of my friends (and you, readers of Videomaker Magazine,) about my epic ride.

One word; Listen. After my battery incident, I went back the following day. I climbed the same trail, but this time my legs hurt more because of the hard hike the day before. I now had a fully charged battery and didn’t even turn the camera on yet. Once I reached the top, I figured I was going to set the trail record for speed because of my practice run the day before. So, I turned on the power by pressing and holding the front button and heard the familiar beeps of the camera turning on. I looked to make sure it was in the correct mode (movie) and then proceeded to put my helmet on. Once I was ready I looked for my line and took off! “Wow, this was going to be a great video!”, I said to myself. I even almost fell over my handlebars, but made the save at the last second. Wow! That was going to be great on video! At the bottom of the trail, I reached up to turn off the camera and pressed the top button. One beep. Really? I forgot to press the button to start the camera at the top. Day #2, lost.

So after my two days of failing to record the world’s best downhill run, I was determined to get it on the third attempt. (Third time is a charm, right?) So I made sure I had a full battery and an extra battery (fully charged as well) along with powering on the GoPro and pressing the start button. As I made my way down the trail for a third day in a row, I was not as excited because I just knew something was going to happen. Because of this, I didn't do as well and really didn't have the spectacular world record downhill run I was expecting to have on video. However, at the end I pushed the button and heard the multiple beeps that the camera was shutting down. Good, I got it. After getting home I uploaded the video to my desktop and viewed the wonderful shots I had just completed. While playing the clip, it looked like part of the video was blurred for some reason, I looked at the camera and there was a large piece of dirt over the lens. I also heard a horrible clicking noise, I thought it might have been my bike, but after listening a little more, I found out it was the GoPro camera rattling inside of the casing.

Last word: Planning. It wasn't my best video week, but the biggest lesson I learned during my three day video shoot was to prepare. Go through everything. Make sure all of the equipment is clean and in good condition. Make sure all parts and attachments are available and in good condition. Develop a habit of going through each step in your head and checking to make sure you have everything you need. Once at the location, check again. Make sure the power is on, start and stop the video a couple of times to make sure it is working, and look to make sure nothing is obstructing the lens or microphone. With a little preparedness and some luck, you should have an uneventful recording session and maybe, just maybe, you can get that world record downhill run on video for us all to see. Maybe next time, I'll have a video to share!

Brian Teal is a tech guru, an amateur videographer and participates in various extreme sports