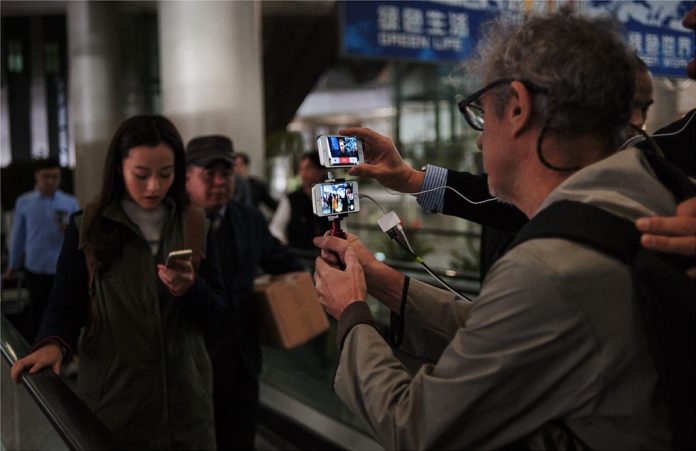 Since 1984, Apple has sought to build innovative technology and to get that technology in the hands of everyone. With billions of Apple products sold world wide, it’s clear to see the company’s vision is a reality to this day.

To celebrate its 30 year anniversary, Apple released a short film to show how their products are being used across the world.

The film begins with the overlaid text “January 24th, 2014…30 years ago we introduced Macintosh. It promised to put technology in the hands of the people.”  From this moment forward we see just that. From a father using an iPod touch to control the movements of his prosthetic hands as he makes breakfast with his son to an archaeologists using the iPad to create 3D renderings of their discoveries, we are shown just how versatile Apple products are.

The film closes on a sunset with the overlaid text “Shot in one day entirely on iPhone.”

In Apple’s own words “This film doesn’t just document the power now in everyone’s hands — it demonstrates it.”

How this film was made

The choice to use iPhones to for this production was more than just gimmick. Apple states, “Initially, the team of cinematographers thought they would need lots of professional equipment and software. But the more test shooting they did… the more they realized the camera in the iPhone 5s would meet their very high standards.”  More than 200 Apple products were used to complete this project, including 100 iPhones, 46 iPads, and 86 Mac computers. [image:blog_post:41126]

The film was directed by Ridley Scott’s son, Jake Scott. The Scott family is no stranger to Apple, as Ridley Scott directed Apple’s iconic “1984” commercial.

Jake Scott coordinated with 15 crews around the world, each lead by brilliant cinematographers to get this project done. To coordinate with so many directors in one day, each crew was given a receiver and used Apple’s Facetime App to get direction from Jake Scott. Jake oversaw every shot that was made by each crew in their respective country.

The power of the iPhone 5s

In the Behind the Scenes featurette you can see the various ways people were using the iPhone 5s. It was amazing to see the range of rigs used to accompany the iPhone. You can see Gorillapods being used in one location and Tiffen Steadicam hand-held stabilizers in others. Many used the native camera app on the phone, while others used inexpensive camera apps downloaded from the App store. Using Facetime to maintain communication with multiple crews across 10 countries was nothing short of amazing and a great reminder that communication is key with any production.

Though many may still prefer to stick with their camera of choice, this film shows that with the right person behind the camera and given the proper direction, the iPhone 5s can be used to create fascinating works of art.

Jake Scott states, “There’s a sense of liberation about being able to tell these stories with this device, to explore it and investigate it — to see what the iPhone is capable of, and then to push it and stretch it.”